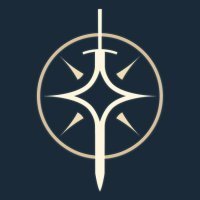 After teasing it for some time now, Brandon and his team have finally released the quiz for the orders of Knights Radiant! Mainly worked on by Isaac with support from the beta reader Ross Newberry, you can set a whopping 34 sliders to describe yourself down to a single percent and then get as much of an "official" answer for what Order you'd best fit in as you can hope for. It's a bit of an unusual style for this kind of quiz, but it should help you decide which order to pick in the upcoming The Way of Kings leatherbound Kickstarter. Speaking of the campaign, Dragonsteel will be sharing the exact start and end dates very soon, but from Brandon's livestream, we know it's likely going to be the first week of July, so stay tuned! Isaac also included a lovely mobile wallpaper featuring the space age symbol for Roshar in the article that's definitely worth checking out!

But the quiz is not all that was released on Brandon's website today. For those who want to get a better understanding of the Order they were sorted into, Brandon has also written up descriptions of all the Radiant Orders, covering the general theme of their Oaths, what kind of people they attracted and which responsibilities they took during the glory days of their organization.

There were some new details about Orders we haven't heard much about before in there. For instance, apparently the Dustbringers - or Releasers, as they preferred to call themselves - often served as engineers or artillery in the Radiant armies. Their destructive power were kept in check by their progression through the Oaths and they understood themselves as very precise and inquisitive. We also learnt new things about the Elsecallers. Namely, they weren't mainly attracting scholarly types as many of us probably thought previously, but were instead open to people from all walks of life, as long as they were intent on improving themselves.

The Willshapers seem to have been builders - both of structures and society - among the Radiants, often being dispatched to towns to build fortifications. Their Order, however, is all about freedom at its core, and they attracted not only craftspeople and creators. It is interesting to see that you might also find warriors among them whose goal it is to free those who are captive. Stonewards, on the other hand, are all about putting the needs of others above their own - possibly best exemplified by their associated Herald, Taln. Apparently you'll find many among their ranks who are fond of the outdoors and even explorers - something we previously thought was a main characteristic of Willshapers, given that Eshonai attracted Timbre.

Finally, Brandon also had to share some thoughts on the Bondsmiths. It's intriguing to learn that while the Order itself was limited to at most three members at a time due to the nature of their spren, squires for the Order were not unheard of. What's even more fascinating is that they might have attendants swear oaths despite not getting any powers or attracting a spren. Maybe we'll see some of Dalinar's retinue do the same in the books?

The descriptions are absolutely worth a read even if you don't intend to take the quiz. But if you do, feel free to share your results with us below in the comments! I apparently would qualify as an Elsecaller at a 76% match and would love to hear what you get!

In other news, Brandon has recently finished the fourth draft of Rhythm of War, book 4 of The Stormlight Archive, and has now begun his work on the fifth and final version before its sent off to the editor for the copyedit. This means that Brandon will be working on shaving about 10% off the word count to make the book feel tighter overall.