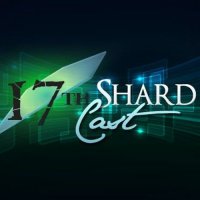 I’m so out of my depth all of a sudden! There’s so much worldbuilding happening! Augh! I feel like I’ve been thrown into the deep end, and I’m just trying to like, absorb as much of it as possible.

Back at it again with the Splintercast! Let’s do Edgedancer, everyone!

For those who are new to Splintercast, this is an audio-reaction podcast where I record my spoken reactions to reading Cosmere books for the first time, this time, the Lift novella from Arcanum Unbounded. I loved this novella, and I adore Lift, so this one’s pretty fun.

The Edgedancer Splintercast will run four episodes (and yes, I do actually have all the episodes this time!) And should be coming out over the next few weeks. Stay tuned and stick around, and above all, keep track of those pancakes, everybody!

If you like what you hear, drop a comment down below! I’m a glutton for feedback. It feeds my soul.