Welcome, welcome! One of the most common questions I saw around the time of the Oathbringer release was requests for a good recap of the previous books. Not everybody has time for rereads of the full series, of course. If you want to read Rhythm of War this November and the last Stormlight book you cracked open was three years ago... you might be in for a bumpy ride! Over on the Coppermind you can find detailed chapter summaries for each book. And I mean detailed! If you don't have the time for a full reread, I'd highly encourage you to go through those! If you want something much more concise to read, I would recommend taking a look at the book summaries on the Coppermind. This should give you a quick overview of what each book has covered so far.

But if you want something right in the middle of those options? Well, you've found the right place! This series of four articles will serve as a brief but thorough overview of the previous Stormlight Archive books. Rather than just giving a detailed book summary, I'm going to break things down by topic. Over these four articles we will cover: (1) the world and its historical background, (2) the three primary flashback characters and the upcoming flashback characters of Rhythm of War, Eshonai and Venli, (3) other notable characters, and (4) significant groups on Roshar and some outstanding mysteries to keep an eye on! I'll try to link Coppermind articles, so if you find yourself itching for more details on some topic it will only be a click away. I certainly don't intend to cover EVERY notable detail, but if you feel like something major is missing let me know in the comments. 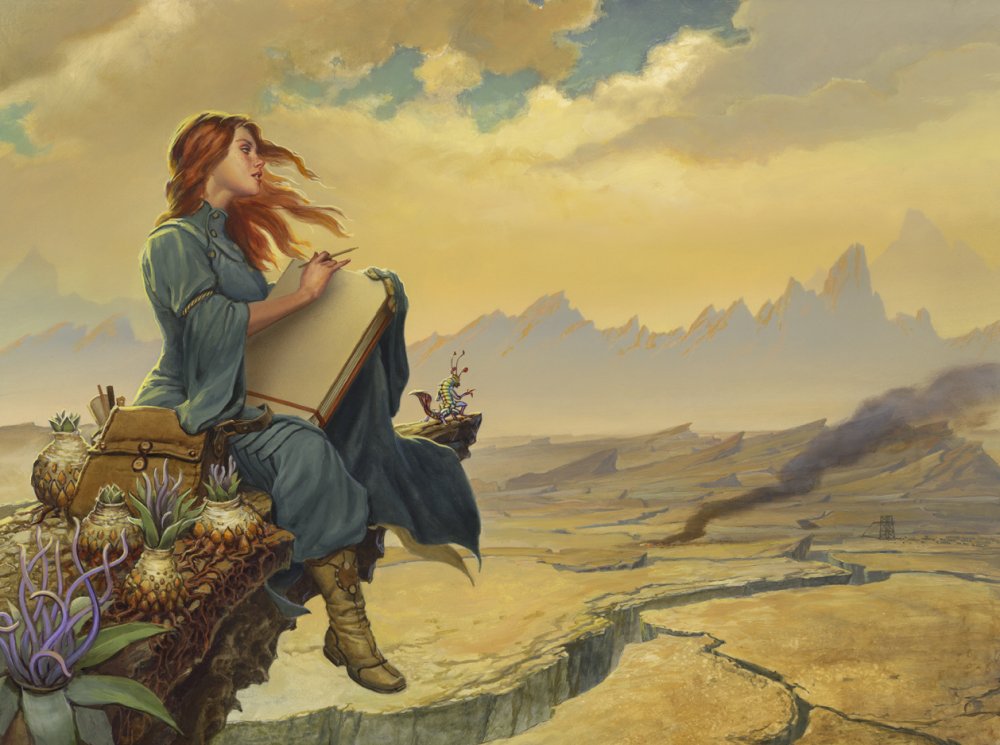 Let's begin with a quick overview of the world itself. Roshar is a harsh, rocky world with colossal "highstorms" sweeping across the continent on a regular basis, but the planet is teeming with alien life that has adapted to this extreme environment. Trees brace for storms, grass retracts into the ground, and native animals have hardened shells. Also native to Roshar is a sapient, humanoid species, called the singers (called parshmen, Parshendi, or listeners in the early books). The flora and fauna aren't the only alien aspect of Roshar however. Forces of nature and ideas come to life in the form of magical "spren", spirit-like creatures which can appear out of nowhere drawn by human emotions or acts of nature. These spren are but a glimpse into an entirely separate, overlapping realm called the Cognitive Realm, or simply Shadesmar, where the spren have more fully realized form. The various sapient species of spren even have cities, culture, and a civilization of their own.

Spren aren't entirely detached from the Physical Realm however, as they play an important role on several levels. They have formed bonds with animal life, enabling the development of creatures with remarkable size or magical abilities. The native singers have also learned to bond with spren in their own way by taking the spren into a natural gemstone within their bodies (gemhearts), which causes dramatic changes in their psychology and physiology depending on the type of spren. Spren have even developed a special sort of bond with some humans, allowing those humans to access the powers of Surgebinding--manipulation of the Surges, the fundamental forces, like gravity or friction, that drive the world. Behind the magic of Roshar are beings of godlike power, called Shards. There are three Shards of note where Roshar is concerned, each named after an ideal which governs the nature of that power. The first two, Honor and Cultivation, arrived long in the past. The third, Odium, arrived shortly after the original human migration to Roshar. The conflict between these three beings is, at its grandest scale, the story of the Stormlight Archive.

Now we can talk history, and we'll begin with one of the big reveals at the end of Oathbringer: the humans are the Voidbringers! Well, from a certain point of view. You know how most life on Roshar seems to have lizard-crab-things somewhere in their evolutionary tree? Yeah, it should come as no surprise that the singers (called Parshendi/parshmen by humans) called Roshar home even before Honor and Cultivation came into town. Apparently under the influence of Odium in some way, the humans showed up on Roshar's doorstep after destroying their own previous homeworld with magic. Honor and Cultivation encouraged the singers to welcome these refugees, but it didn't take long before things went terribly wrong and war broke out. Odium lent some of his power to create the Fused--singer souls who, upon death, could take over the body of another. These beings, effectively immortal and with access to the Surges, were joined by the Regals (singers granted magical "forms of power" by one of Odium's voidspren in their gemhearts), Thunderclasts, and the Unmade. To counter Odium's forces, Honor empowered his Heralds--ten immortal humans with ten powerful Honorblades. The Oathpact was established as a means to limit Odium's forces. Thus began the Desolations. 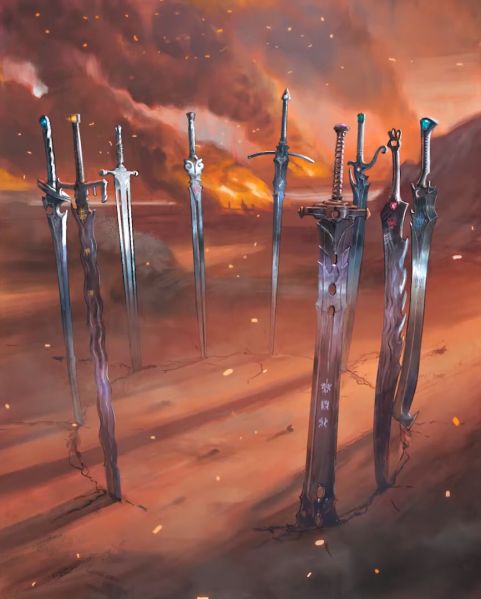 With each Desolation, Odium's forces would return to Roshar and the war would begin anew. Though the humans were always ultimately victorious the cycle wore down the resolve of the Heralds as they returned to Damnation after each Desolation along with the Fused, where they would be tortured until the point of breaking again. During this time, humans began to ally and bond with intelligent spren. This Nahel bond granted the humans access to Shardblades, Shardplate, and various forms of Surebinding. These Surgebinders organized and became known as the Knights Radiant. With their headquarters in the tower city of Urithiru and their philosophies inspired by Nohadon, author of The Way of Kings, they afforded some stability amid the Desolations. But even they could only do so much. After a series of particularly challenging Desolations, nine of the Heralds abandoned the Oathpact, leaving the tenth--Taln--to bear Damnation on his own.

Under Taln's resolve alone the cycle of Desolations nearly halted. After the "Last Desolation", Odium's forces did not gather again for thousands of years. When they did, during the so-called "False Desolation" it was without the support of the Fused, still bound by Taln. The humans were victorious again in that war, but only amid great cost. Honor himself was slowly dying, for reasons not entirely known to us, and the integrity of the Knights Radiant was collapsing with him. Upon the defeat of the singers, an event which left most living singers magically lobotomized as servile parshmen, most of the Knights Radiant abandoned their oaths--leaving behind their Shardplate and bonded spren dead in the form of Shardblades. This event would become known as the Recreance.

Time passed, and power was re-consolidated. The Silver Kingdoms of the past warped into the nations of modern Roshar. New religions developed to explain the past and the place of humans on Roshar. In eastern Roshar, the Vorin church developed significant political influence and encouraged extensive revisionist history before Sadees, the Sunmaker, ended their "Heirocracy". And so it was, until the Alethi king Gavilar discovered a rogue band of intelligent singers and the Herald Taln's resolve began to waver…

The novels open with the assassination of Gavilar, Dalinar's elder brother, at the hand of Szeth, "the Assassin in White"--who was hired by the Parshendi on the very night they planned to sign a peace treaty. We learned from Eshonai (in Oathbringer) that Gavilar planned to bring back the Fused--something that the Parshendi wanted no part in. While Gavilar's own dealings and motives were surrounded in mystery, the result of his assassination was simple for Dalinar and the Alethi, who swore vengeance upon the Parshendi. Thus began the War of Reckoning--with the Alethi laying siege to the Parshendi on the Shattered Plains. 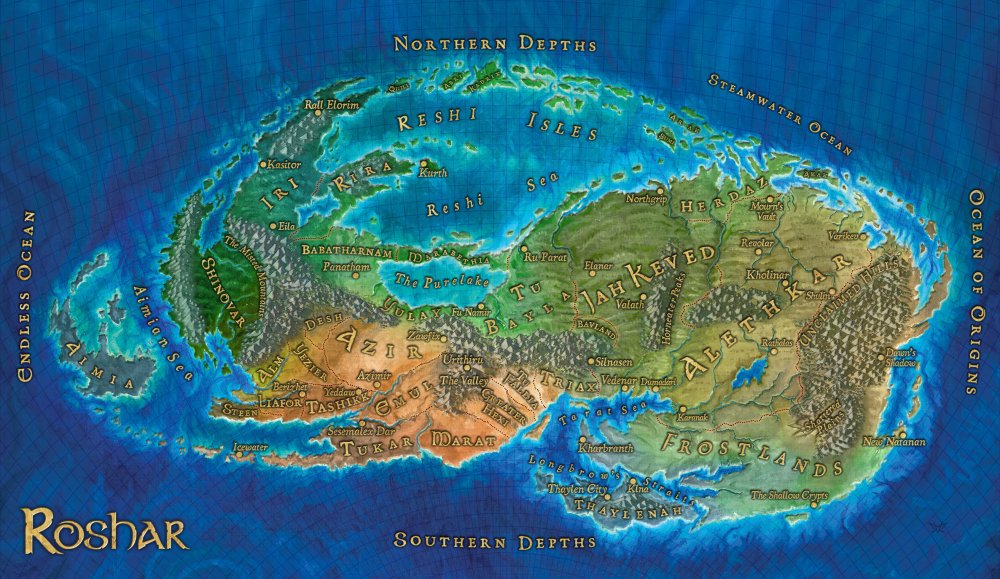 Over the course of the novels, we saw Dalinar discover (through visions granted by the Stormfather) that their God, Honor, was dead and that a new Desolation would soon arrive. Dalinar united as many of the Alethi highprinces as he could and assaulted the Parshendi at the center of the Shattered Plains. Though they technically won that battle, the listeners succeeded in mustering the Everstorm, and as the Everstorm swept across Roshar, it restored the minds of the parshmen worldwide. With the Everstorm also came the Voidspren, Fused, and a stronger presence from Odium himself, who organized these former slaves and ignited a global war with the humans. The humans rediscovered the ancient city of Urithiru, with Oathgates allowing for fast travel, and allied together into a loose coalition against Odium's forces. The two sides ultimately clashed at the Battle of Thaylen Field, where Dalinar seized fragments of Honor's power and temporarily repelled the Shard of Odium.

Much of the past is still a big mystery to us! How did the first Desolation begin? What have the Heralds been up to? Is there more story behind the Recreance that we don't know? What schemes was Gavilar involved in and what was he ultimately trying to do?

That will be all for this time. In the next article we will begin exploring characters! If you found this helpful, make sure to tag your friends or share it around. If you feel like something important was left out, or if you have a question, let us know in the comments. If you haven't visited our forums and Discord server, consider this your welcome! We'd love to hear your voice in the conversation. Until next time, Life before Death!