Welcome back! If you missed the first three Stormlight Archive recap articles you can find them here, here, and here. So far we've covered the world and history of Roshar and most of the really important characters. In this final article we will begin with significant groups on Roshar, and then mention a few ongoing mysteries to keep an eye out for. This article will have spoilers for the Stormlight Archive, but there will NOT be spoilers for other Cosmere books. Let's get to it!

Founded in the distant past to aid the Heralds in their defense of mankind during the Desolations, the Knights Radiant disbanded a few millennia after the Last Desolation in an event referred to as the Recreance. Now, under the leadership of Dalinar Kholin, the Knights Radiant are returning, with spren once again seeing the need to bond humans despite their betrayal during the Recreance. The Radiants consist of ten orders, each with their own values, culture, and set of ideals that must be sworn to advance. How will the Knights Radiant have changed over the year following Oathbringer? Some of the orders will surely have grown, but not all the spren and Radiants are on the same page. One order in particular--the Skybreakers--never disbanded in the first place, and under the leadership of the Herald Nale have actually joined Odium's side in the conflict.

By the way, in case you missed it, back in June Brandon posted an official Knight Radiant order quiz! You can find the quiz itself here. Take the quiz to find out which orders of the Knights Radiant you are most suited for! 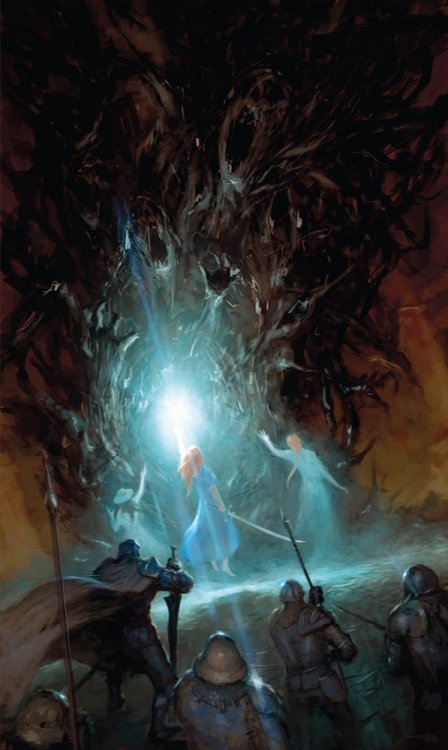 Pitted against the humans and the Knights Radiant are the native singers, supported by the forces of Odium. Most notable among them are the Fused--ancient singer souls returned Desolation after Desolation in order to carry out their vengeance against the human invaders. There are several types of Fused, each with access to different magical abilities not unlike those of the Knights Radiant. Below the Fused are the Regals--regular singers with a Voidspren in their gemheart, which grants them some minor magical abilities. On that note, we should mention the Voidspren themselves. These include all spren, sapient or otherwise, which have been suffused with Odium's power. We also can't forget the Unmade, the nine mysterious spren-like beings of immense power, that include the likes of Nergaoul (the Thrill) and Re-Shephir (the twisted being driven from the heart of Urithiru). Lastly (so far as we know) are the Thunderclasts, destructive monsters of animated stone, who played a pivotal role in the battles at Kholinar and Thaylen City.

The war isn't as simple as two sides pitted against one another, of course. While Taravangian's secret organization, the Diagram, was originally committed to preserving all of Roshar (questionable means aside), the aged monarch made a deal with Odium at the end of Oathbringer in order to secure the future of Kharbranth alone at the cost of the rest. We have seen that members of the organization are permitted to interpret the Diagram with some measure of liberty. Will everyone agree with their leader's decision to betray the other humans? Most importantly, the Diagram itself, or at least Taravangian's interpretation of it, has been proven fallible. What does this mean for the organization's future? 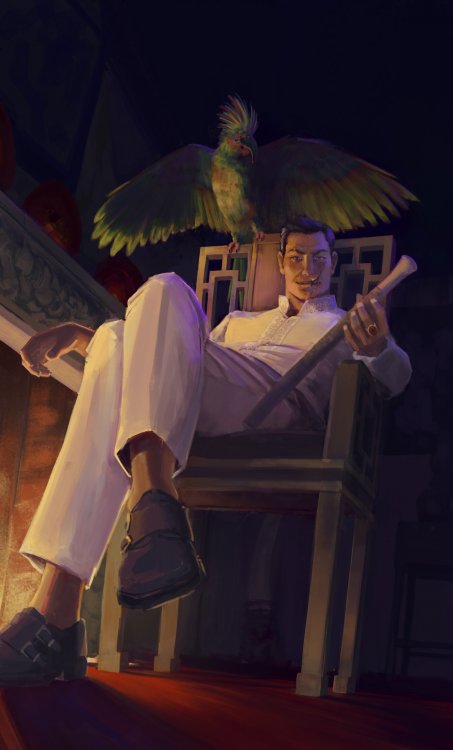 The Ghostbloods aren't even particularly invested in the outcome of the war, seeking merely to capitalize on current events for their own mysterious ends. Shallan has infiltrated the group to some level, serving under Mraize, but their goals and motivations are no small secret. Who is the mysterious Thaidakar who leads them? What are they after, and will their aspirations align with Shallan's own or drive a wedge?

The Sons of Honor

The Sons of Honor are another notable secret society on Roshar with mysterious goals. On the surface, it appears they simply sought to return the Heralds, reignite the Desolations, and restore power to the Vorin church. However, we also know that Gavilar, a key leader in the organization, had plans far more enigmatic. Furthermore, we have yet to meet the mysterious Restares--another high-level member of the Sons of Honor. Amaram may have fallen to Odium, but the Sons of Honor aren't quite down and out.

When Urithiru was rediscovered, the new denizens hoped to find ancient knowledge and technology that would aid them in their fight against Odium. This expectation was unfulfilled, however, with the only real discovery being a few records stored in gemstones by ancient Radiants, and much of the tower city is still a mystery. There are many indications that the tower has not been restored to full functionality, likely related to the slumbering of a powerful spren known simply as "the Sibling." Will the Sibling be restored, and the secrets of Urithiru uncovered? 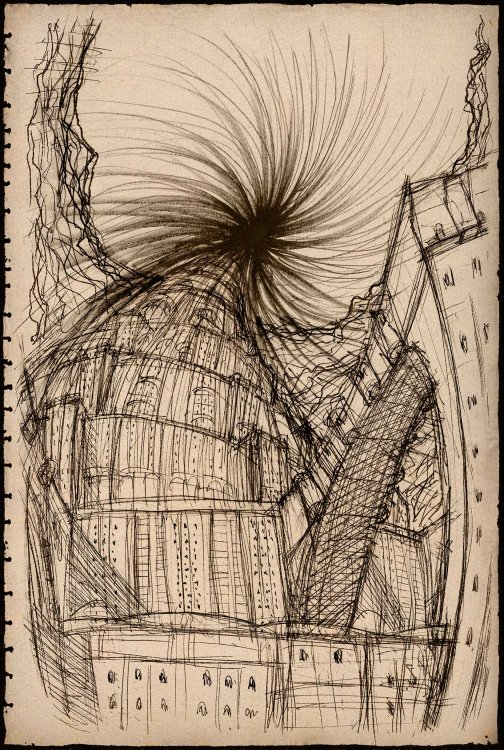 When Dalinar trapped the Unmade Nergaoul in a gemstone at the end of Oathbringer, it glowed with a dark light which Navani noted she had once seen in Gavilar's possession. In the prologues, we have had a glimpse of what Navani may be referring to. Gavilar gave both Szeth and Eshonai strangely colored spheres on the night of his death, and their contents were not entirely clear. All we know is that Eshonai's sphere made the listeners decide to kill the Alethi king, and Szeth's was apparently so important that Gavilar used his dying words to have Szeth take and hide it. Will Rhythm of War reveal what Gavilar's schemes entailed?

The lost listeners
As the Everstorm was summoned, most of the listeners in Narak had assumed stormform and were fighting against the humans. But some small number saw Odium's dark influence in the form and refused it. This group, including Eshonai and Venli's mother, was lost without a trace amid the chaos of battle. While they are generally assumed dead, it is possible that the group still lives in seclusion. The legacy of the listeners, singers who rejected Odium and set off on their own, certainly lives on and bears great importance. Rlain of Bridge Four and Venli, a budding Knight Radiant, have both rejected Odium to some degree, and we have seen that some singers are more interested in making a new life than they are in seeking vengeance. Will these singers find an ally in one another--and perhaps the humans too?

Wit and the letters

Quick affirmation--this article will NOT be drifting into Cosmere spoilers! ...Something that bears repeating as we turn our eye on the enigmatic Wit. Wit is a peculiar character who has a knack for showing up at random times for unknowable reasons. He has shown up in each book so far to share ancient myths and bestow wisdom upon Kaladin, Shallan, and Dalinar. Aside from a handful of other varied appearances, we can always count on Wit to show up in the epilogue. He was present when Taln returned from Braize at the end of The Way of Kings. He was present when Jasnah returned from her unexpected trek through Shadesmar at the end of Words of Radiance. And in Oathbringer he was able to rescue and bond the Cryptic (who had planned to bond with Elhokar) from the ruins of the Kholinar Palace--those new Lightweaver powers are sure to come in handy when he tells stories! There's one other important, but extremely subtle, roles that Wit has played in the books so far, and it can only be found in the epigraphs (the text that precedes some chapters). In The Way of Kings Part 2 we saw a letter from Wit concerning the danger Odium poses to Roshar (and the Cosmere at large). In Words of Radiance Part 4 we saw the recipient of that letter dismissing Wit's concerns, and in Oathbringer Part 2 we saw similar letters with a variety of different responses from three others (who presumably received similar warnings from Wit). While we have some ideas (containing Cosmere spoilers) about who these letters are from and what Wit is trying to do, we can only guess what will happen next. It wouldn't be terribly presumptuous to assume that we'll get another letter (if not more) in Rhythm of War, and we can't wait to see how they play into the story!

And that should do it! We hope that reading these articles will prepare you for reading and discussing Rhythm of War this November! If you found this helpful, make sure to tag your friends or share it around. If you feel like something important was left out, or if you have a question, let us know in the comments. If you haven't visited our forums and Discord server, consider this your welcome! We'd love to hear your voice in the conversation. Until next time, Life before Death!

Check out our other articles in our Stormlight Recap Series: World and History | Main Characters | Other Notable Characters