Adolin is Dalinar's firstborn son, with unparalleled skills in Shardblade dueling (thanks to instincts from his father, perhaps) and fashion (definitely not from Dalinar). Though Adolin never believed his father was perfect, he has always managed deep respect for the man. Their relationship grew immensely as they worked together fighting Parshendi on the Shattered Plains, and was strengthened after their betrayal together and the hands of Sadeas and their shared mission to unite the highprinces. Adolin's murder of Sadeas was an unexpected development for Dalinar, however, and the truth of Dalinar's role in the death of his wife can't be easy for Adolin to swallow. Will their relationship be strengthened or shattered? Meanwhile, Adolin has two new relationships on his hands. First is his new wife, Shallan, who is currently undergoing a massive identity crisis. Second is his Shardblade, Mayalaran. Maya is a "dead" Shardblade--one of the spren killed in the Recreance--and after Adolin spent some time with her in Shadesmar she began to show subtle signs of recovery. Can Adolin help each of these loved ones recover from their pasts, or are their problems beyond his ability to help? 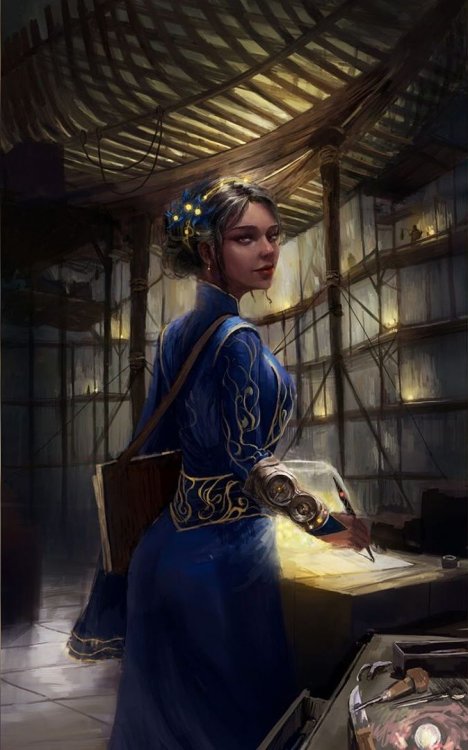 Renarin is Dalinar's youngest son, having a kindhearted nature and thoughtfulness that could only have been gained from his loving mother. With epilepsy keeping Renarin off the battlefield and a growing interest in scholarship, Renarin has had a more difficult time relating to his father than Adolin. While the two have made some progress, and his experiences as a member of Bridge Four have boosted his confidence, Renarin still struggles to find his place in the world. His strange bond to the corrupted Truthwatcher spren Glys, which grants cryptic visions of the future, can only have left Renarin in a more unusual place than ever. What will Renarin's role be among his family and the Knights Radiant? Will the Unmade, Sja-Anat, who corrupted Renarin's spren reach out to contact him?

Navani originally married Gavilar despite a quiet interest in Dalinar, making her queen of Alethkar for some time. The marriage was not particularly fulfilling to Navani however, and now several years after her husband's death she finally got the brother she wanted. Though Dalinar isn't the easiest to love and deal with, this couple is adorable to watch--and they're arguably the most powerful and influential couple on Roshar. Though she is perhaps best known as the wife of Gavilar, and now Dalinar, Navani would tell you that she is most proud of her role as a patron in the advancement of fabrial technology. All signs suggest that fabrials will play a growing role in the war between humans and Fused. What will Navani's role in these discoveries be?

Jasnah's research into the past, acted upon by Shallan, was largely to thank for humanity's survival so far in the True Desolation. Now queen of Alethkar, Jasnah spent much of Oathbringer simply trying to catch up--having missed the world-altering events that happened in her absence. With a year for things to settle, what will Jasnah do next? What kind of queen will she be? What role will she play among the Knights Radiant? 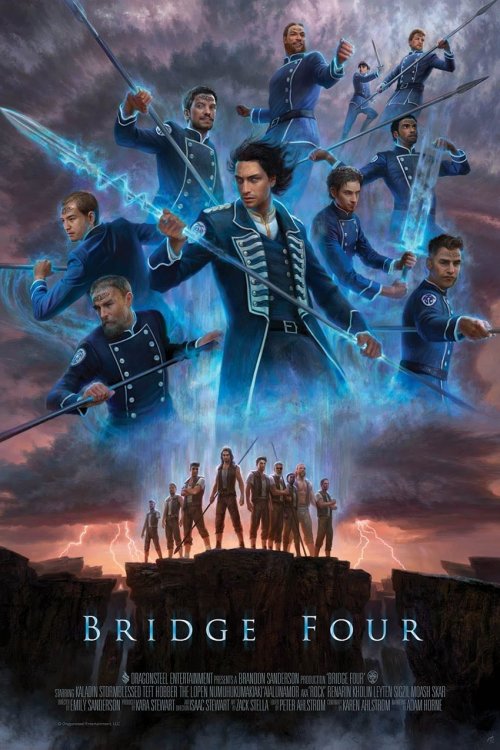 Let's talk about this group here rather than the "Groups" section in the next article, Bridge Four is less about a group with some overarching goal and more about a collection of amazing individuals that we know and love deeply! Many of the original Bridge Four, and those who joined later, are squires (or perhaps full Windrunners at this point, with Teft being the first after Kaladin) who have the powers of Windrunners when their Knight is nearby. Aside from Teft, Sigzil, Rock , Skar, Drehy, and Lopen are among the important figures to recall. Only a few never became squires by the end of Oathbringer, including the single listener spy, Rlain; and the mute bridgeman, Dabbid, who was one of the first Kaladin saved. Will we see some new Windrunners? How will their group change as the Windrunners grow?

Then we have Moash, the only member of Bridge Four who didn't leave the group by dying. Though he was skeptical of Kaladin early on, Moash grew to trust Kaladin deeply and the two quickly became friends. Moash's drive to seek vengeance against Elhokar placed him at odds with Kaladin's Ideals however. After Kaladin thwarted an attempt to kill the king, Moash was left behind and later picked up by the Fused. Disillusioned by both human and singer leaders, Moash turned to Odium for release from his burdens. After killing Elhokar during the Battle of Kholinar, Moash was given the task of assassinating the Herald Jezrien with a special dagger. After performing that deed without question, Moash was renamed "Vyre" by the Fused. 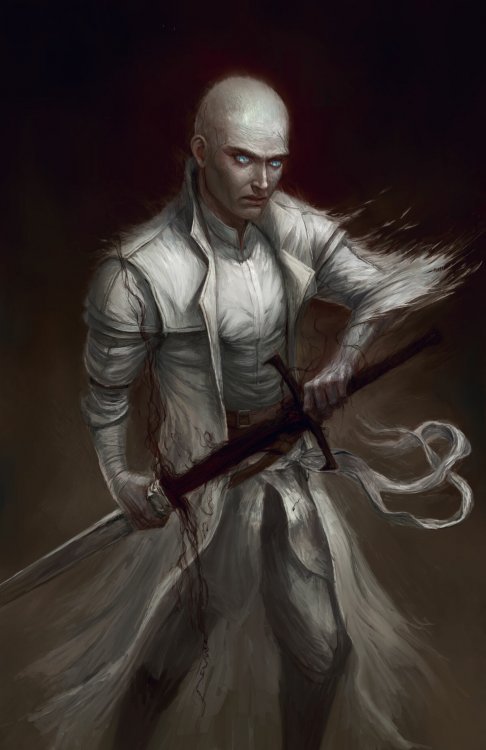 The mysterious "Assassin in White" was responsible for the deaths of several world leaders across Roshar, all commanded by the bearers of his oathstone (first the listeners with the death of Gavilar, then Taravangian, who used Szeth to destabilize the world as a tool for the Diagram) After the arrival of the Everstorm and the Last Desolation, Szeth was forced to confront the truth that he was made "Truthless" by his people in error, and the responsibility for all his murders rests at his own feet. Looking for moral guidance, Szeth was recruited by Nale into the Skybreakers, and given a mysterious black Shardblade. After swiftly advancing in the ranks of the Skybreakers, Szeth swore his Third Ideal to follow Dalinar Kholin. Will Szeth's dark past catch up to him or will he find balance under the authority of Dalinar? He plans to return to his homeland and seek justice against those who made him Truthless incorrectly, but given Szeth's flashbacks aren't due until the following Stormlight Archive book we expect these plans will be delayed for the time being.

This young and awkward Edgedancer has played a small, but notable role in the story so far. Her past is a mystery, though this is unlikely to be explored at length until the later Stormlight Archive books. In the meantime, we know that Lift visited the Nightwatcher and obtained some incredibly bizarre abilities there, including a means of metabolizing food into Stormlight. Lift has played an important political role as well, being largely responsible for convincing Gawx to bring the Makabaki people of western Roshar into the coalition against Odium. Will Lift continue to be an influential figure? How will her unique magical abilities prove a boon in the ongoing war?

Taln, the sole Herald who was abandoned, is in particularly poor shape after his four and a half millennia alone on Braize. Ash, another Herald who seems to have romantic interest in Taln, sought the man out and the two were reunited during the Battle of Thaylen Field. After the death of their fellow Herald Jezrien, Ash's father, both were left unconscious. Jasnah had them recovered safely however, and the two may prove to be a valuable resource in the future.

Beyond these two, we only know about the activities of a few other Heralds. Jezrien appears to be dead, Nale is actively leading the Skybreakers and working with Odium, and crazed Ishar has named himself god-priest of Tukar. Aside from Taravangian's suspicion that a woman working for him may be Battar, the activities of the others are unclear. 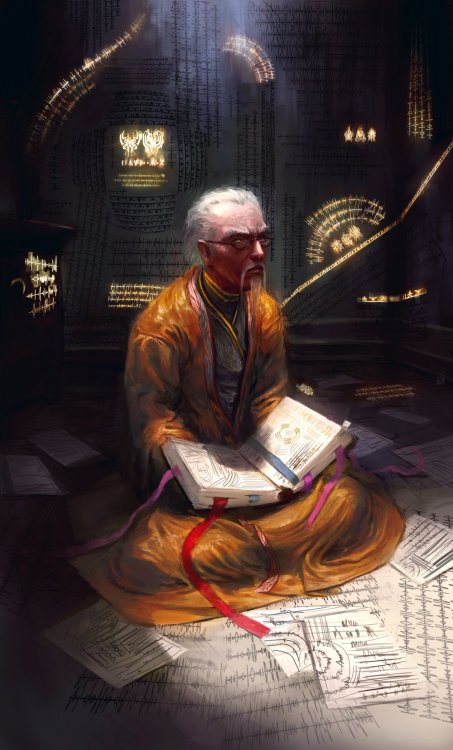 Formerly the king of the lowly city-state Kharranth, Taravangian eventually seized the throne of Jah Keved for himself. The elderly man was one of the few whom Gavilar confided in (to some degree) before his death, and after Gavilar's assassination Taravangian was driven to extreme measures to curb the threat of the coming Desolation. He visited the Nightwatcher and asked for the capacity to save the world; he came out with a strange effect that left him dull and compassionate on some days while genius and dispassionate on others. The most notable result of this magic was Taravangian's creation of the Diagram--the collected works of a single day of brilliance which left Taravangian with a plan for saving the world, as well as an organization of followers committed to seeing the Diagram fulfilled. They supplemented the Diagram with death rattles--the utterances of men and women who die when the Unmade Moelach is nearby, which sometimes contain hints about the future. The Diagram proved impossible to fulfill perfectly, however, as Taravangian's efforts to seize ultimate control on Roshar failed when Dalinar unexpectedly rejected Odium. With his secrets slipping out Taravangian confessed his crimes to Dalinar, keeping only his deepest mysteries private--including his last meeting with Odium, in which the two made specific arrangements to sacrifice the world outside the city of Kharbranth. How will the truth of Taravangian's machinations affect Dalinar's trust in the man? Will Taravangian continue to undermine Dalinar's plans to fulfill his deal with Odium? What will the Diagram say to do next?

That will be all for this time. In the next and final article we will be talking about important groups and some ongoing mysteries to be aware of! If you found this helpful, make sure to tag your friends or share it around. If you feel like something important was left out, or if you have a question, let us know in the comments. If you haven't visited our forums and Discord server, consider this your welcome! We'd love to hear your voice in the conversation. Until next time, Life before Death!

Check out our other articles in our Stormlight Recap Series: World and History | Main Characters | Groups and Mysteries