Everything We Know About Rhythm Of War

Rhythm of War is fast approaching! If you’re like me, you’ve been obsessing over every tidbit of information that Brandon has released about the book. If you’re not as crazy as I am, you’re in luck because I’m going to share with you everything we currently know about Rhythm of War.

The book is going to open with a Navani prologue. Brandon has shared the beginning of that prologue with us. It cuts off right when we start getting to the juicy stuff, but it looks like we will see more of Gavilar’s secrets from that night. It’s not shown in the chapter, but we can also assume that (spoiler alert) Gavilar will die at the end of the prologue.

Before we get into the nitty gritty details, here’s a quick overview of the structure. This book will have three arcs that take place in three different locations. Arc one will contain five point of view characters, two of which will have fewer chapters. Arcs two and three will both have two point of view characters. Arc two’s characters will be in a narrowly focused but very involved plot while arc three just touches on what the two]characters are doing. The structure is going to be more similar to The Way of Kings than Words of Radiance or Oathbringer. Each arc will have it’s own climax that will be spread out throughout the book, so the ending won’t be quite as compact as Oathbringer’s was.

The main plot of the book is going to begin one year after the end of Oathbringer. We’ll get to see the benefits of our heroes having a year of training in the time jump. The characters are going to all begin in the same location before splitting off to three different locations. With the implication that Kaladin and Jasnah will share a scene, this is a likely location for it to happen. Szeth is going to start the book in jail at Dalinar’s orders. Based on Brandon’s outline, arcs one and two will have point of views in this part. We have a part of a Lirin chapter and part of a Venli chapter released. The Lirin chapter takes place in Hearthstone and the Venli chapter takes place in Kholinar. With those locations both in Alethkar, could they be part of the same arc of the book? I think it’s very likely. The man Lirin is searching for in his chapter is the Herdazian General from the Sheler interlude in Oathbringer. Brandon has confirmed that he will have an important role in the book. Fans who got Brandon’s November 2019 newsletter will have received the full version of the chapter.

The flashbacks in Rhythm of War are going to be a combination of Venli and Eshonai perspectives. Venli’s flashbacks will have more of the behind-the-scenes details and cosmere mysteries, while Eshonai will likely be the character more people enjoy reading. We have a prototype Eshonai flashback that you can read. The content is not necessarily canonical; Brandon wrote in to get Eshonai’s voice down. As the outline shows, the flashbacks will not begin until part three of the novel. Why is unclear but is certainly an interesting question to consider.

Along with Venli and Eshonai, there is going to be another character that has a major role in the main narrative. This character is not one of the ones with flashbacks, which only narrows down the possibilities slightly. Kaladin, Shallan, Dalinar, and Szeth will all still feature prominently, though Dalinar will not have as large a role in this book as in Oathbringer or Stormlight 5.

Brandon has given us a few details about what Hoid will be up to in this book. He and Jasnah will have some interaction. Brandon’s favorite scene in the book takes place in part 4, when Hoid tells a story to someone. The point of view character for this scene has only one chapter in the book. Hoid is going to have an extra special soliloquy in the epilogue, and it’s something Brandon has been planning for a long time.

While we don’t yet have the in-world back cover for the book, we do have a description from the Amazon page.

After forming a coalition of human resistance against the enemy invasion, Dalinar Kholin and his Knights Radiant have spent a year fighting a protracted, brutal war. Neither side has gained an advantage. Now, as new technological discoveries begin to change the face of the war, the enemy prepares a bold and dangerous operation.

The arms race that follows will challenge the very core of the Radiant ideals, and potentially reveal the secrets of the ancient tower that was once the heart of their strength.

This description indicates that we will learn more about fabrial technology and the Sibling. Brandon himself has confirmed that we’ll be learning more about how fabrials work. Fans who received the newsletter exclusive chapter mentioned earlier will know that the part 1 epigraphs will be Navani’s notes on fabrials. We also know that Brandon plans to answer what spren look like in Shadesmar when trapped in a fabrial in this book.

Of course we also have some odds and ends when it comes to what’s been said about Rhythm of War. We're going to see a new Dustbringer appear. We’ll also see Maya at some point, though whether that’s just her Shardblade form or something more is unknown. Rhythm of War is, of course, an in-world text. Lift is going to have an interlude, the beginning of which is available to read. And of course we can’t forget to mention the infamous shameful ribbon that appears somewhere.

The text isn’t the only thing that makes a Stormlight book awesome. We’ve also got some incredible art to 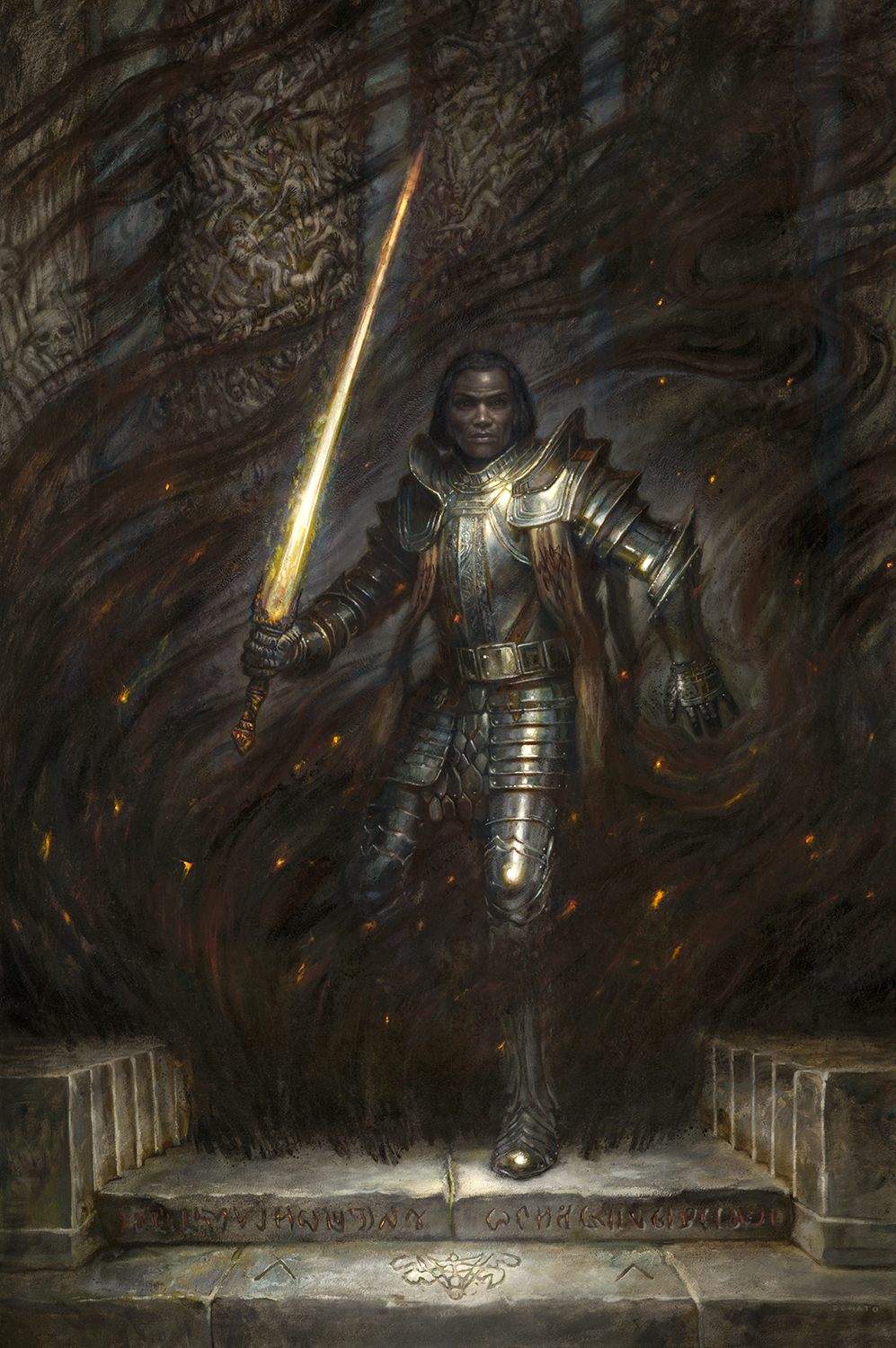 look forward to. We’re going to get more Herald art like the endpages in Oathbringer. We don’t know which Heralds yet, but a Taln image in that style has been revealed and it’s incredible. We’re going to get two more of the lovely fashion folio pages. We’re also going to get illustrations of every Order spren except the Bondsmiths'. Could this be the best batch of art in a Stormlight book so far?

If you read all this and thought “Wow, that’s a lot”, then I have some exciting, or maybe terrifying, news for you. What we know only barely scratches the surface of what’s in store for us in November. THere are characters and arcs that we know nothing about yet. So hold onto your gemstones and get ready for another epic story.

Special thanks to @Pagerunner, whose Stormlight 4 Readings and Info post made this a lot easier to research and write.