Around the Cosmere: RPs and Social Groups News For March 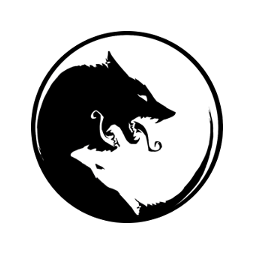 Hello everyone! Voidus here again for this month's Around the Cosmere segment on the RPs and social groups! This month, there's been two new RPs that have started up, the progress of Oregon and the Social Guilds, and we'll have our first hightlighted character and character from the Oregon RP: Nighthound, and his battle against Lightwards and Doctor Funtimes. It really is a ridiculously fun story. So let's get into it!

This month has seen the rise of two new RPs that are both going strong. ‘Owls and Wands: A Hogwarts Roleplay’, is set in the world of Harry Potter. Meanwhile, ‘The Beginning of an Era’, is a roleplay set in the distant past of Skyrim in the world of the Elder Scrolls series.

‘The Beginning of an Era’ is a roleplay set in the world of Skyrim and other Elder Scrolls games, it takes place in the first Era during the time of the dragon wars. Dragons rule the land, assisted by powerful dragon cultists who worship them as gods these giant powerful beings roam free through the skies of Skyrim, taking as they please and slaughtering those who oppose them. Meanwhile daedric worship has become popular in small pockets, with worshippers of Nocturnal, Azura and Hircine taking ever larger roles in the events that are to come.

‘Owls and Wands: A Hogwarts Roleplay’ is set in the world of Harry Potter, taking place at Hogwarts after the events of the books. Muggle technology is starting to creep into the magical world, cultural shifts have taken place since the battle of Hogwarts and rumor has it that a stair has started yelling study advice at students. The term hasn’t started yet so jump in now if you’d like to participate! The RP has been progressing pretty well and hopefully will continue on.[/background]

Now on to the RP to rule them all: The Reckoners RP, six threads, hundreds of posts, enough teleporters to fill a small city, thousands of pages of Questions threads filled with insanity and somehow we still haven’t broken the internet. Well we’ll keep trying.

What happened in the last month: Most excitingly the Wastelands Roleplay has started up again! Edgedancer has joined in the massive Roleplay set across the entire country of Australia and has revitalized it, with events proceeding forwards once again. Alliances are being forged, deals being made, and time progressing at a fixed rate once more!

Other threads have seen the revitalization of some old characters, in the Dalles the Florist has become active once more with a truly stunning post from Cognizantastic, carefully tending his garden as the rest of the Dalles is enveloped in a war between giant metallic tentacles and enough missiles to shame any warzone. In the doctors clinic Shiny Sparkle has launched an assault on her newest victim, showering her with praises and hugs, while in the bus chase across town… people have seemed to forgotten the bus, though that’s understandable when Arsenal may be about to start Armageddon.

Salem has been the most recent victim of the art-loving Epic Vandal who has decided to annoy the resident spymaster by defacing all of their portraits, while in Corvallis the captive Euphoria has been struggling to understand the motives of her jailer.

Astoria has been going through some heated discussions and power struggles, although Bioterror spent his time treating us to a mental image we could all do without when he decided to walk around without pants.

In Portland the attack on Neverthere is proceeding forward, with Nighthound earning a few more entries in the ‘And then they died’ list for being creeptastic, Backtrack meanwhile was being terrified (as usual) after being confronted by mad Epic scientists and asked for a blood sample.

Nighthound (whose icon is shown above) is a somewhat infamous character in the realms of the Reckoners RP, he is known to be one of the darkest and creepiest of all characters and was so horrible that he caused the phrase ‘And then Nighthound died’ to become something of a catch-phrase. Nighthound is a High Epic and a gifter, capable of bestowing his incredibly rapid healing and greatly enhanced physical abilities to others, though in doing so they secrete a black mist which forms wolf-like appearances and become slaves to Nighthounds commands.

Nighthound’s personality and plans are perhaps even more disturbing than his abilities, through planning, luck and being a creeper he is steadily gaining a harem of female followers, some unwilling to be so but kept there with a mixture of circumstance, blackmail and mostly because no one has yet figured out how to kill him.

Featured Event: The infamous battle of the three crazies (Nighthound vs. Lightwards and Funtimes)

This battle is somewhat famous for being one of the most Oregon-RP type things to ever happen in the Oregon RP. It includes maple-syrup, carpet bombs, zombie vultures, a net made of two-minute noodles and the memorable phrase "AAAAHHHH EPIC ON THE WINDSHIELD GET IT OFF GET IT OFF!".

Taking over three pages to reach its conclusion and ranging from hand-to-hand combat, to gunfights, to a race through the streets in a catmobile, there are simply not adequate words in the English language to describe this fight. For anyone not already convinced of the insanity of Oregon RPers then I can only recommend that you read this scene and then watch your own sanity slip away to join the remnants of ours.

The scene eventually resulted in a stalemate after Nighthound continues to shake off the barrage of bizarrity that Doctor Funtimes produces, this eventually leads to an alliance between those present and the formation of the Empire of Light and its infamous zombie dinosaurs.

In social group news the Dark Alley has been suspiciously quiet this month, but maybe they all got distracted by the newly formed Debate Club! Yes if you’re in the mood for some formal or informal debates, drop on by the new thread for Debaters where you can argue over the morality of cookies, and which of the Head Admins is most likely to spike you. (Hint: It’s all of them False. I, Voidus and making a joke. Ha. Ha. Ha. There are no spikes. The Admins are to be praised.)

Other social groups are still active and accepting members so everyone who likes pretty much anything should drop by and say hello to the various groups of insanity down there.

Well that’s it for this time, big thanks to the GMs of the various RPs and of course the other writers who have made them all into such amazing worlds. And also the admins for putting up with us all! See you next month!