[Updated] So Apparently Mistborn will be in Fortnite In Some Way? (Plus Mistborn Explainer!)

So, on Brandon's weekly update, he said Wednesday there would be an announcement we would expect, which turned out to be the title and cover reveal of Cytonic. Then he said Thursday there would be an announcement none of us would expect, and indeed, I am surprised! Apparently, there will be some sort of promotional event involving Mistborn in Fortnite? Okay, Brandon, you are right: we did not expect that.

We have absolutely no information on to what extent or details Mistborn (or the cosmere) will be in Fortnite. I feel like it's likely there will be new skins of some kind, but besides that, there's no info so far other than this cryptic image with a Mistborn symbol and a Fortnite logo: 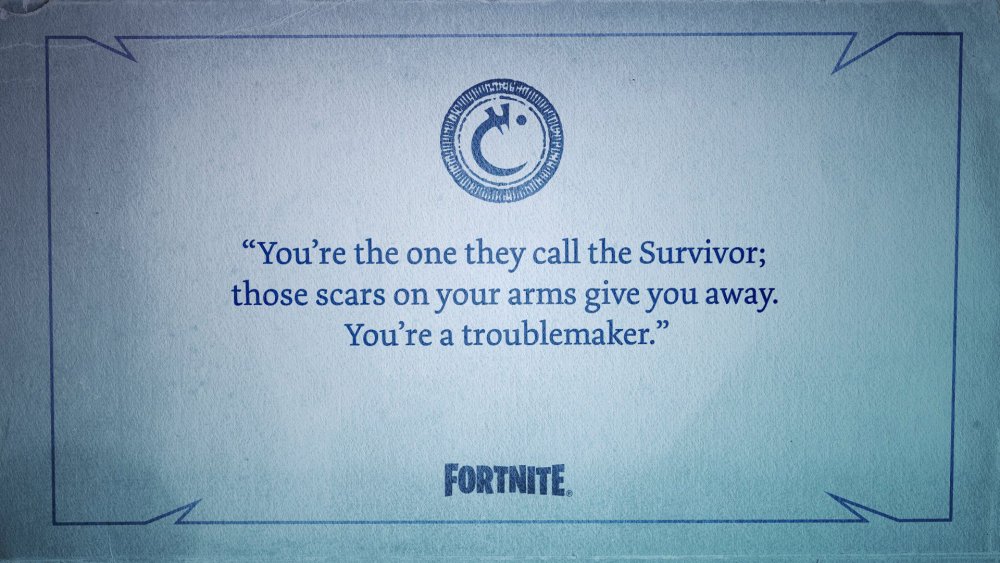 Update: Brandon posted more about this on Reddit. The short version is that Kelsier is going to appear in Fortnite, but it is not going to be a huge crossover event:

Well, it's finally out! Yes, we're doing Kelsier in Fortnite.

So what's going on behind the scenes? Well, Donald Mustard (director of Fortnite) is a friend of mine. We worked on Infinity Blade together back in the day. So, he asked if I was interested in sticking Kelsier into the game--and I thought it was cool. So we've been working on that for a few months.

Like I said (and several of you confirmed in this thread) it's not something I expect my general fanbase to go crazy over--but it's nifty, and I hope it will be fun for those of you who enjoy both properties. It's also been a blast to work with the Fortnite team.

They'll release more, but don't expect a huge crossover event. It's just a little fun thing that I'm doing with my friend, who happens to have accidentally made one of the most popular games of all time.

Many of the replies on the Fortnite tweet have no idea what Mistborn is, so let me explain! Mistborn is a fantasy series by Brandon Sanderson, and there are currently six books in that series so far, with a few novellas as well. The series started in 2006 and Brandon's currently writing a seventh novel which comes out (hopefully) in 2022. Don't worry, though, the first three books are their own very satisfying trilogy. The pitch for the first book is essentially, "So what if the hero of prophecy failed, the dark lord won? A thousand years later, we need to try and overthrow the dark lord by robbing him silly?" There are main characters of Kelsier (who is the Survivor mentioned in that image) and Vin, who are both Mistborn, which have all sorts of magical abilities, but the primary one is pushing and pulling on metals. I might be a bit careful Googling details on these characters, though, as spoilers are abound.

This isn't the first time Brandon has worked with Epic Games. Long ago, there was an iOS game called Infinity Blade, which Epic made, and Brandon ended up writing two novellas, Infinity Blade: Awakening, and Infinity Blade: Redemption, and that was the core of the worldbuilding for the second and third Infinity Blade games. It's not terribly surprising that there would be further collaboration with Brandon and Epic, so sure, why not?

Needless to say we will be converting our YouTube channel to be 100% Fortnite for the rest of eternity, so make sure to check that out!

Edited May 27 by Chaos