So the Novella is Called Dawnshard 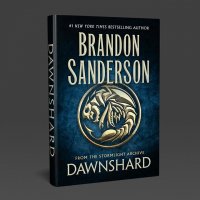 If you're out of the loop, Brandon always planned to write a Stormlight novella between Oathbringer and Rhythm of War, which is now a Kickstarter reward. It was going to be Rysn novella, and it was going to involve traveling to Aimia. The name that was floating around for it was Wandersail, but Brandon didn't like that title since that wasn't what the story was about.

Well, what is the story about? A freaking Dawnshard. 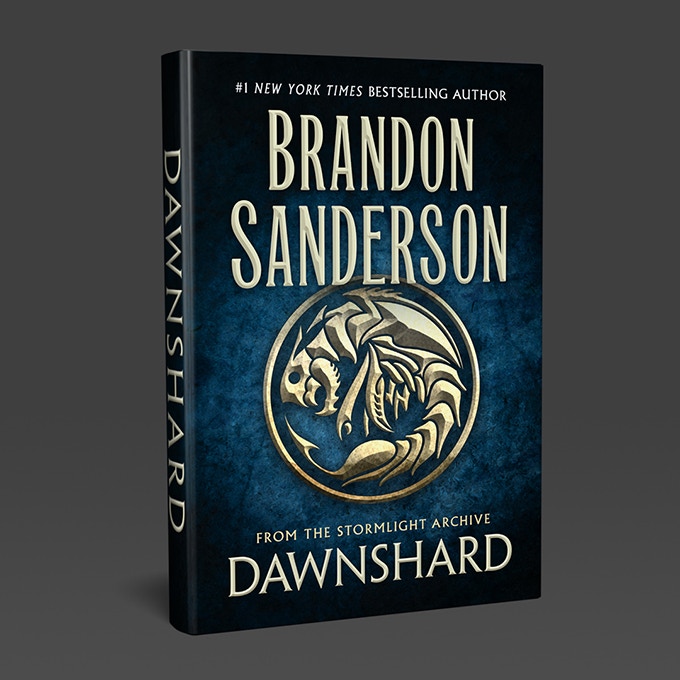 Cover by Ben McSweeney and Isaac Stewart. Art and design are not final.

Maybe check out our Coppermind article on Dawnshards, but I'll give you a quick rundown. Dawnshards are mythical objects to modern Roshar. In Jasnah's notes on the Voidbringers in The Way of Kings, she noted that talk of Dawnshards were prevalent in early mythologies. The Poem of Ista said: "Taking the Dawnshard, known to bind any creature voidish or mortal, he crawled up the steps crafted for Heralds, ten strides tall apiece, toward the grand temple above." As far as powers go, that's most of what we know about them.

Honor, in the vision at the end of book one, worried how mankind would survive the struggle against Odium without Dawnshards, which sort of suggests they were inaccessible. Then there's this quote from the Stormfather in Oathbringer:

But in the days leading to the Recreance, Honor was dying. When that generation of knights learned the truth, Honor did not support them. He raved, speaking of the Dawnshards, ancient weapons used to destroy the Tranquiline Halls. Honor … promised that Surgebinders would do the same to Roshar.

In other words, we know so little about Dawnshards, but they are very important, and subject to intense speculation. There were theories like that a Dawnshard broke the Shattered Plains, and much more, some involving the Unmade. There was a Dawnshard in Aimia in the past, which was why it was protected so well. And in Shardcast, we sure joked a Dawnshard was in the undersea caverns of Aimia. Maybe we'll get to just see that.