Rhythm of War US Cover Reveal

After Brandon teased the completion of the cover art for Rhythm of War in one of his recent Kickstarter livestreams, it was only a matter of time for Tor to officially release the full cover for the US edition of the fourth instalment in The Stormlight Archive. Without further ado, take a look at this gorgeous cover and read on for some background information: 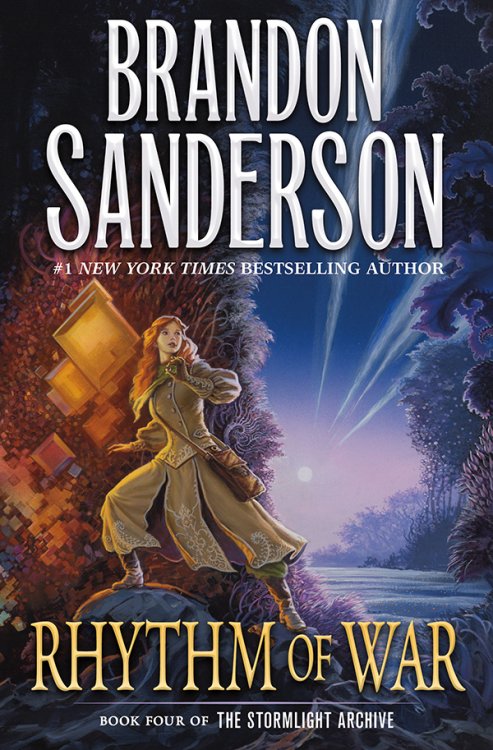 As always with The Stormlight Archive, Michael Whelan is responsible for the beautiful US cover art. Brandon is a huge fan of Michael, so he wanted him to do all the covers for the series, which so far has always worked out. As for what is depicted on the cover, we're getting another interpretation of Shadesmar and Shallan, as has been the theme for some international Rhythm of War editions so far, including the Bulgarian and UK ones. It's quite striking to see all the artists' takes on this scene and every one of them has captured the strange world of Shadesmar a little differently. Whelan has opted to portray the teeming vegetation more organically, with geometric shapes strewn in, while Yasen Stoilov shows an almost barren Cognitive Realm with more abstract tree shapes.

We of course didn't only get the front cover, but also the raw dust jacket art, which additionally shows a white-haired man in the mid plane: 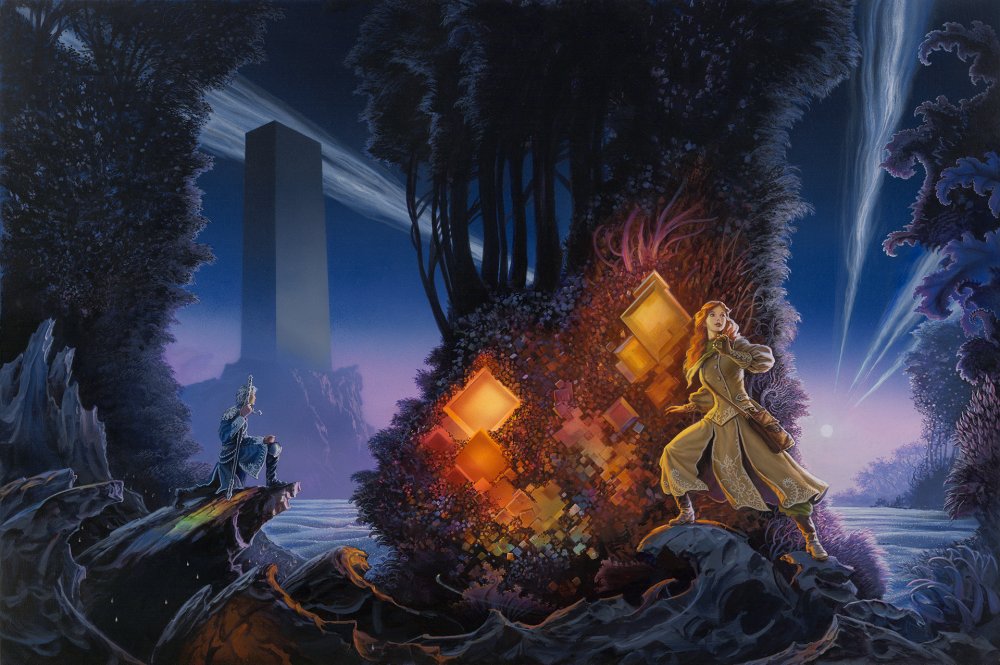 What distinguishes Whelan's piece from the other depictions we've seen so far is that there's an ominous black cuboid visible in the background. As the scenes portrayed on the covers all have happened in the books in some way, I can't wait to find out what this might hint at! The white-haired figure appears to be Whelan's take on Adolin, as was confirmed by his assistant. This agrees with the Bulgarian cover, where we also see Adolin accompanying Shallan.

Feel free to share your thoughts and theories about the cover in the comments below! Please mark all Rhythm of War spoilers appropriately, as not everyone might want to know details yet but still wants to take in this gorgeous art!