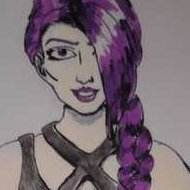 what command would you give an awakened piece of armor

Started by The Cardinal of Death, April 8