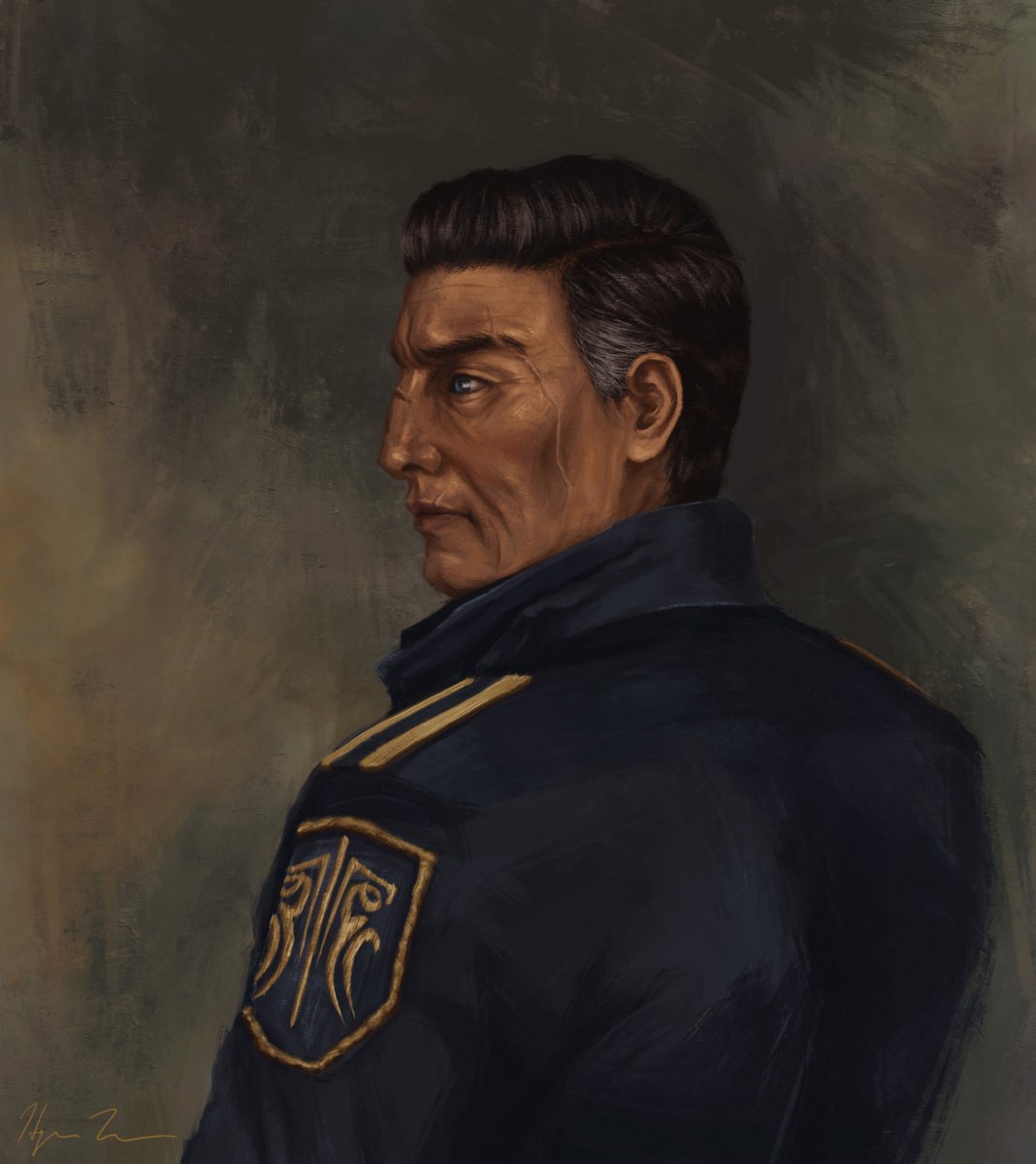 My second go at Dalinar, with an "official portrait" sort of feel. The style is based on 19th-century Russian military portraits (one by George Dawe in particular), and I used Polynesian, East Asian and Middle Eastern faces as references, to hopefully decently represent an Alethi as described in the books. This is my first time creating a portrait that's not directly referenced from an existing person, and it was a lot of fun. I'm hoping to continue with SA art, maybe expanding to characters other than my fave tight-butt Kholin (I'd love to tackle characters like Teft. Navani and Jasnah someday).

Critique is totally welcome, I'm an amateur still refining and figuring things out!