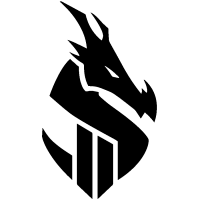 Brandon kicked off a new series of "Weekly Update" videos on his YouTube channel today. It's not long, so we recommend checking it out below. But if you're in a hurry or otherwise unable to watch, we're here to summarize it for you!

Despite the name, it sounds like these updates won't necessarily be weekly. They might become more of a bi-weekly thing, and they may not be consistent.

Brandon has finished some big revisions for the first third of Skyward 3, following beta feedback. It seems that Brandon anticipated some revisions would be necessary, and feedback from beta readers confirmed it. He is now working on his revisions to the remaining two-thirds of the book, and he expects these revisions to go faster.

The title of Skyward 3 is still undecided, though it won't be "Nowhere". The fourth Skyward novel will probably be titled "Defiant".

Skyward 3 is still on target for a November 2021 release date. Three Skyward novellas should come out just before the release of book 3. These are co-authored with Janci Patterson, and the first draft of the first one was recently completed. (See the latest State of the Sanderson for more details)

After all Skyward 3 revisions are complete, Brandon will begin working on Lost Metal. (Wax & Wayne 4)

The 2021 Kickstarter leatherbounds are currently being sewn, so they're almost finished! Foiling is the next step, and then they'll be ready to ship.

Concerning swag, there are three things left: coins (almost done), printing of The Way of Kings Prime (almost done, proofs look good!), and playing cards. The playing cards are the biggest hurdle left. Brandon hopes it will all be done by July, but it's hard to make any promises with covid causing unusual and unexpected delays.

And that's it for now! Which update are you most excited about?