Gamescom 2022, the annual multi-day video game trade show event, started their online reveals and announcements today, and - to the surprise of everyone - we saw a familiar face in one of those announcements! Brandon himself introduced Unknown Worlds' (the creators of the Subnautica games) new turn-based sci-fi digital tabletop strategy game. With minis you can paint? It's called Moonbreaker, and Brandon confirmed on Reddit that this is the project we've seen as Soulburner in a couple of his State of the Sanderson annual blog posts.

Let's start by taking a look at the video, and we'll come back to talking about what we know!

We first heard about Soulburner back in 2015 when Brandon described then as "a kind of space-opera-fantasy-hybrid like Dune or Star Wars." We didn't learn much more about it in the following years - but Moonbreaker is finally here to give us some details. The sci-fi setting is unmistakable, and the official announcement blog tells us our setting will be The Reaches, "a solar system of moons held in orbit by a scarce resource called Cinder." The lore of this universe will be conveyed to us through "fully-produced and voice-acted audio dramas," so Brandon has probably written a few novellas worth of worldbuilding for this; it'll be interesting to find out.

The Steam page reveals a few additional things about the game, including:

The big selling feature of the game seems to be the fantasy of playing with miniatures (or minis), much like you would in a real tabletop game. Collectors of actual physical game minis often enjoy painting them themselves, and Moonbreaker looks like it's going to offer a similar experience. 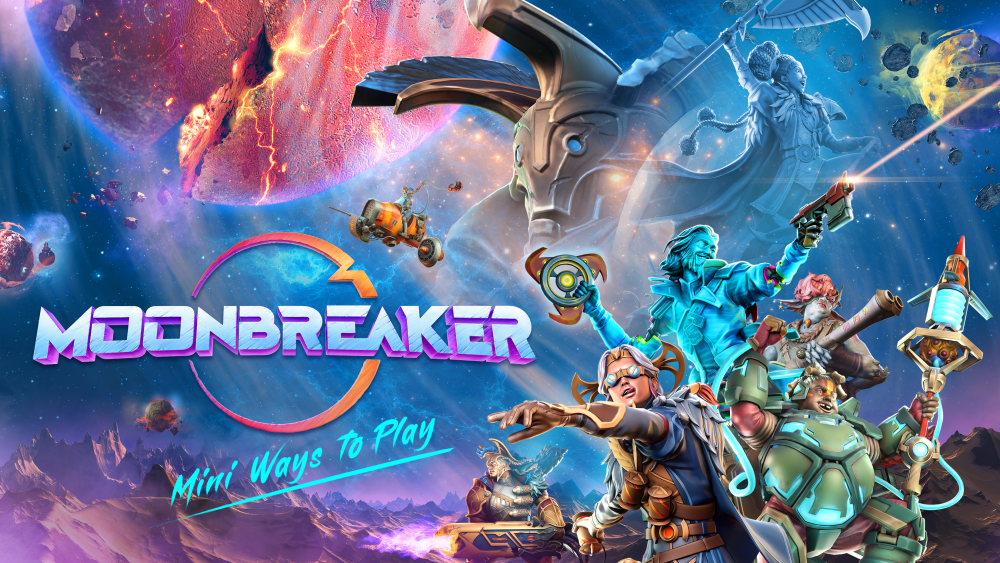 If all of this looks interesting to you, there's a bit more information and details in the following places: