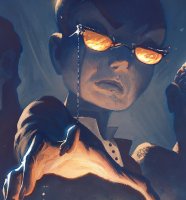 Been a while, but it's finally time for another news roundup! A new cover for the first Alcatraz book has been revealed, the timing for the spoiler stream has been released, and a whole bunch of smaller projects have been announced!

First things first, the obligatory percentage bar update: Defiant is currently about 55% of the way done.

Next things next, Brandon will be doing a full spoilers livestream on December 16th, at 6pm Mountain Time. Generally, Brandon's assistant Adam will make a post on /r/brandonsanderson the day of to gather questions, as well as putting out a tweet and taking questions from chat. (If you're on the 17th Shard Discord server, we've used the fancy new events feature to display it in your local time and send a reminder when it's about to happen.)

Additionally, during the stream he will be announcing the winners for the Twelve Workdays of Christmas giveaways his team is running. Each weekday, a keyword is being posted on his social media pages that you can put in the subject line of an email to [email protected] to enter a giveaway for various prizes, such as signed books and merch.

Next up, the cover for the trade paperback edition of Alcatraz vs. the Evil Librarians has been revealed! 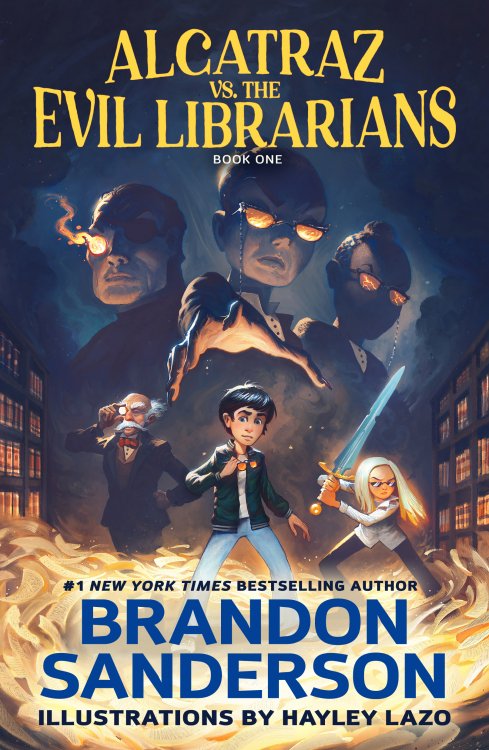 New Alcatraz vs. the Evil Librarians cover by Justin Gerard.

We don't know when exactly the new edition will come out, but the full series is expected to be released with new covers over the next year or so in the leadup to the final book. (However, that is a very tentative timeline that has changed before, so take it with a grain of salt.)

In other news, there were some exciting announcements at the recent Dragonsteel Mini-Con (thanks @Use the Falchion for their report, as few Shard staff were present):

Brandon also dropped a few interesting things during one of his SandoWriMo posts:

Also, for those watching the Wheel of Time show and interested in some of Brandon's behind-the-scenes thoughts, he's put out a few discussion posts on /r/WoT. He and Dan also discussed it on the most recent episode of their podcast Intentionally Blank.

Lastly, going forward the leather in Brandon's leatherbounds will look a bit different, as it turns out the previous line they were using was named Corona, and for some mysterious unguessable reason got discontinued recently. Isaac has tried to find something that looks as close to the same as possible, but they're not quite identical. Comparisons at various angles can be found in the YouTube video where it was announced.

As always, Brandon's own Weekly Update videos can be found on his YouTube channel, with transcripts on his blog.

What do you think of the new cover? Which project are you most excited for? Which book would you most like to see adapted? Let us know in the comments below!