Hey guys! Brandon did another signing livestream yesterday (#12, more Warbreaker signature pages), so here's a quick recap of what we learned or got confirmations about. Also, the stream was literally too hot to handle!

The novella formerly known as Wandersail and now known as Dawnshard will follow Rysn as she travels to Aimia, and will actually teach us some stuff about the Dawnshards! Also, Lopen might be showing up as a secondary POV, though it is unclear whether he will actually join her on the trip. Brandon plans to start writing that this coming Monday, and "will feel bad" if the ebook is not out before Rhythm of War even though the novella itself "is not super integrated with the book."

The book itself will probably be available as a hardcover later on, but for now the only way to get your hands on a physical copy is through the Kickstarter. If Arcanum Unbounded II ever becomes a thing, Dawnshard will likely be the backbone of it, so those on a tight budget might want to just grab the ebook for now. An audiobook of the novella (and anything else that goes into AU2) is also likely.

Speaking of Rysn, she also gets an interlude in the next Stormlight installment, Rhythm of War. Brandon calls it a "very different sort of interlude," and apparently it doesn't spoil the novella somehow, though readers of the novella will appreciate said interlude more. My money, personally, is on the interlude being some kind of retelling of the Aimia adventure, and for whatever reason Rysn can't tell us everything about. How do you think this will work out? Leave us a comment below and also ring the bell to be notified of any future videos, wait, no, sorry, this YouTube stuff is getting to my head.

None of this is super new, but here's a mixed bag of news and announcements:

Finally, the stream ended with about an hour of Karen and Peter Ahlstrom (Brandon's continuity editor and primary editor) answering some question and doing a bit of show & tell. Recapping all of it doesn't do it justice, but you can watch the segment starting at the 1:02:21 mark. What you can expect there is a preview of the much-coveted Karen-maintained Dragonsteel Wiki (you can see a couple of screenshots below), as well as several examples of the kinds of things Peter works on (he gave examples of his edits to The Way of Kings, in preparation for the anniversary edition). Oh, and I guess we got a small preview of a document called Master Cosmere Timeline.xlsx, not sure that was about, probably unimportant, don't worry about it.  Minor non-plot spoilers for all published Stormlight books. 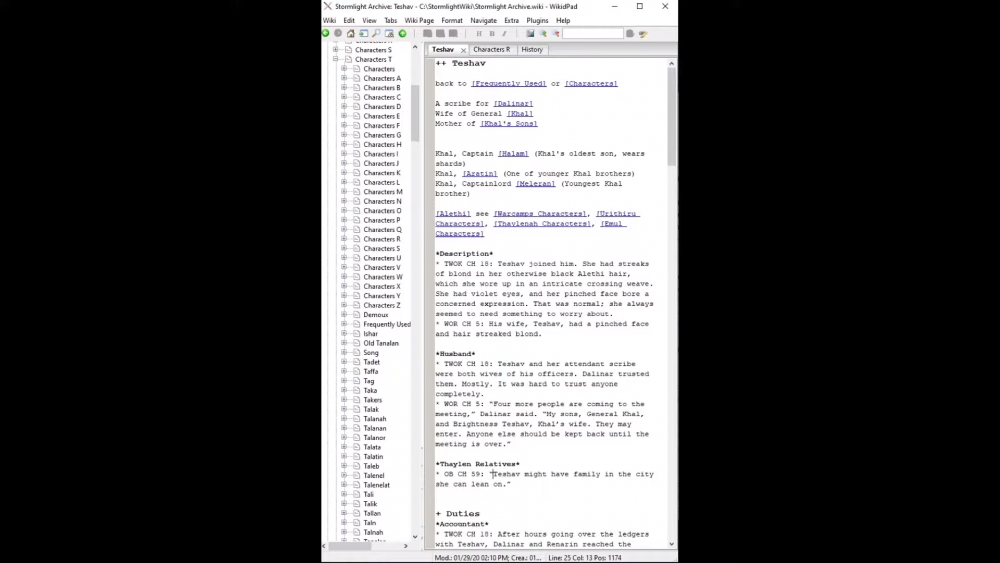 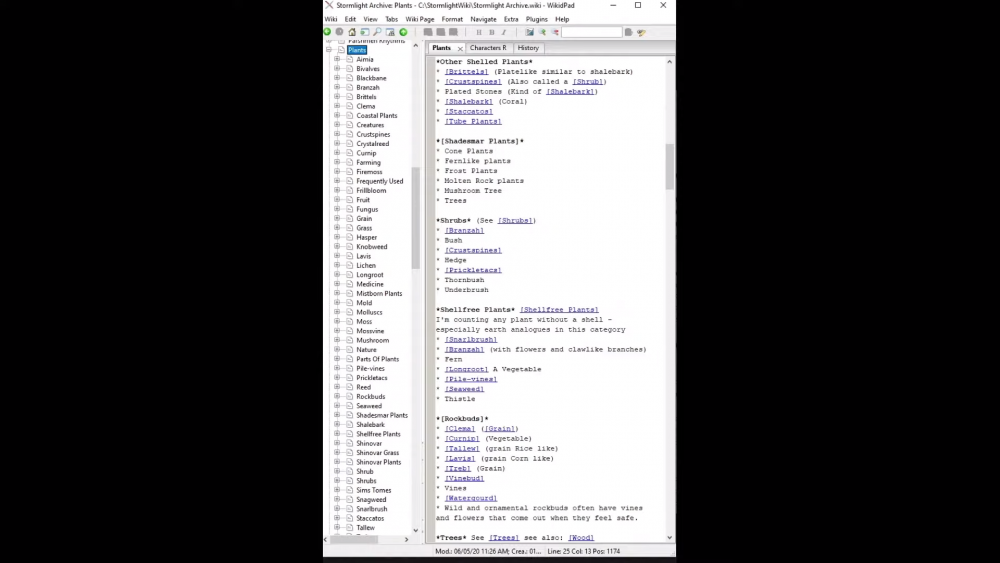 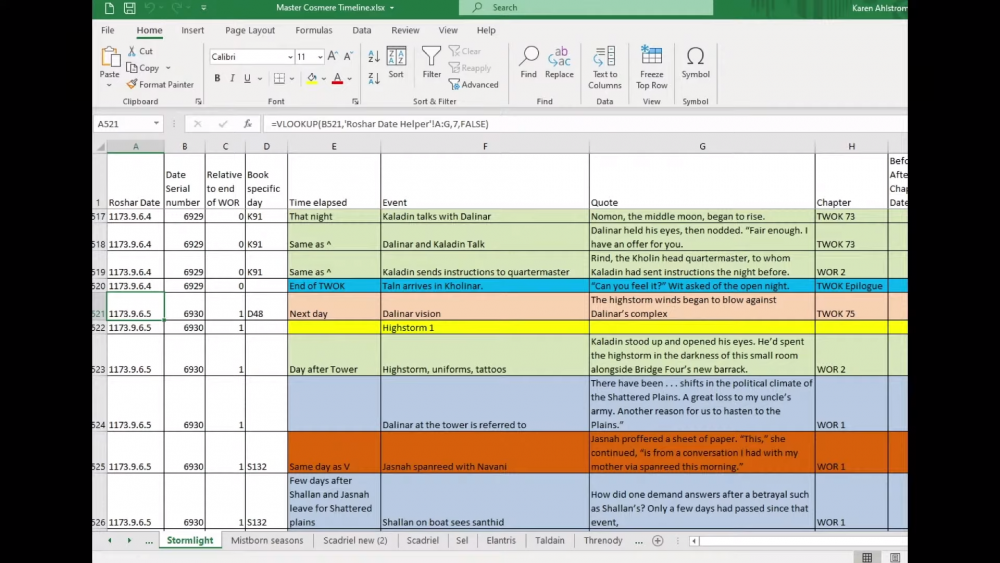