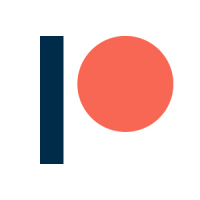 Eric here. When we originally launched our Patreon, we designed it primarily as a tip jar. Well, after a lot of brainstorming, that is changing today, with new, actual tiers of rewards for you all. We also have some new patron goals, which we'll describe at the end of this post.

Couple of quick things to note:

Now without further adieu, let’s get to the exciting stuff, the new tiers!

This has the same benefits as you have currently, which are:

All of the benefits above, as well as:

You're crazy awesome for supporting at this level (and hopefully not crazy from millennia of torture). This has all of the benefits from $1 and $5, as well as:

Have any ideas on other tier rewards we could do? Maybe eventually we could do a $16 or $17 tier. Let us know, and let us know how you like these new tiers!

As always, you are awesome for any support you give. It means a lot.

Since we hit our $500 goal, we didn't really know what our next plan was for 17S and content. Now we have some ideas for new goals!

On Shardcast itself, we don't exactly need super fancy cameras, since it's compressed through the internet and captured on a small part of a screen. But for solo videos, no webcam can match the video quality of a nicer camera. These can range from $500 to $1000 (and, well, much higher as well, but we don't need a $7000 camera). With this goal, we will start buying some nice cameras for more Shardcasters so it is possible they can make nice solo videos.

With this, we will either commission two Coppermind art pieces per month, or one higher budget art piece. For example, this would enable us to sometimes hire more expensive, professional illustrators.

Thanks for reading this! If you wanted to back us, you can find our Patreon below: