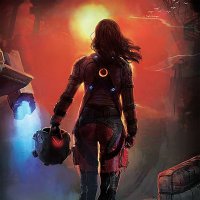 It's been a hot minute since we've last consolidated Brandon related news, so there's a bunch of stuff to talk about. Between Skyward 3 draft #3 being done, the Mistborn: House War game on Tabletop Simulator, and an art contest by Brandon's Spanish publisher, a lot of other things have happened!

Brandon took to his social media to announce that he has turned in the third draft of Skyward 3, which he still tentatively titles Nowhere. The final title will depend on how much Brandon's publisher likes his current suggestion, as previous mentions of Nowhere always came with the caveat that they are not particularly fond of the idea.

If you are unfamiliar with Brandon's writing process, the third draft usually is the last one before the book goes to the beta readers for feedback, which Brandon will incorporate into draft #4. After that, there's the final draft consisting of proofreading and finishing touches.

We also got a Reddit update back in January after Brandon had finished the second draft of the novel. In the update, he talks about the tie-in novellas he plans to write with Janci Patterson. These will focus on what different characters are up to concurrently to the main book. Currently, Brandon wants these to release in the months leading up to Skyward 3, but doesn't provide a guarantee as it depends on both authors' schedules. Note that the novellas will release in audio and e-book form first, with print editions maybe coming further down the line.

The Way of Kings Kickstarter and related updates

Things have been moving on multiple fronts for Brandon's Kickstarter campaign! Physical editions of Dawnshard should have started going out to both US and international backers who did not also order the physical edition of The Way of Kings Prime, or any of the physical swag in the case of international backers. The swag pack was only waiting for the playing cards to be finished as of late January and the team is currently estimating both domestic and international shipments to start going out in early April, potentially stretching into July to get through all backers. In the meantime, you can admire all the wonderful art in the digital art package which has already gone out via BackerKit!

Those of you who are in one of the tiers with a 2021 printing of the leatherbound edition might have to wait until November for your book to be shipped, although shipping might start as early as July. Brandon has finished signing the signatures for all books, so production at the printer and the bindery afterwards can continue!

There have also are great news for the audiobook listeners among us. The wonderful Michael Kramer and Kate Reading churned through recording Dawnshard in only three days and are almost done with The Way of Kings Prime by now. After the recording is through proofing, it'll only be a matter of time for it to be released for free!

The Mistborn Era 1 themed board game Mistborn: House War by Crafty Games is now available as official DLC for Tabletop Simulator. Especially in the current situation, that's a fantastic opportunity to check out this board game while having fun backstabbing your co-players.

Crafty Games have also started shipping the first official expansion to the game, entitled The Siege of Luthadel.

The wonderful folks over at cosmere.es are collaborating with Brandon's Spanish publisher to run an art contest for the upcoming illustrated Spanish editions of the first three Mistborn books. They're looking for 24 pieces in total, so if you're an artist, give entering a shot! You may participate as an adult regardless of your country of residence and besides your art being printed in one of the three illustrated books, there's a prize of 500€ and a selection of Brandon's books in it for you! The contest runs through March 29, so be sure to participate before that. Go check out the conditions to get the full picture.

That's it for this news roundup! If that's not enough Brandon content for you, you can always check out his YouTube channel and watch his livestreams. Note that they have shifted from Thursdays to Wednesday, in case you want to catch them live. In the most recent one, Brandon had Dan Wells as a guest, and it's definitely worth a watch!