Kelsier in Fortnite Playable Now, Might Leave Tonight? Plus Things to Know About How Fortnite Works for Mistborn Fans Who've Never Played it 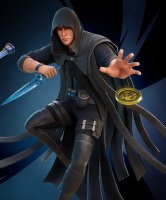 Hey, Eric here with an update. Yesterday, we told you that something was going on with Mistborn in Fortnite. Well it actually came out that same day, and it is indeed Kelsier in Fortnite. The Kelsier skin comes in two versions: the default, which shows off his face and his scarred arms, and the Undecover variant, which has a face mask and long sleeves. There are also Hemalurgic Spikes Back bling, Volcanic Glass Daggers Pickaxe, and a Kelsier themed loading screen. It is just a skin, with no Mistborn mechanics. Also, it might go away in a few hours, but I am not totally sure on that. More on that below.

The loading screen is pretty cute, and has the text “A New Shardworld?” below it on the press release. That's pretty great. In game, Kelsier floats, and it looks really well-done. Brandon spoke on Reddit on how he thought it'd be cool, and I agree! It seems like a net positive overall for the fandom. Get some additional exposure on Mistborn? Great! In fact, we're already getting more exposure: you can already find many a story from a Fortnite player who discovered the books through the crossover. (If you're one of those, hello! Welcome to the Brandon Sanderson community!)

In light of this, I thought it'd be fun to maybe buy the Kelsier skin and show it off our YouTube channel. I haven't ever played Fortnite or any battle royales, so that sounded like it'd be a hilarious, terrible trainwreck. 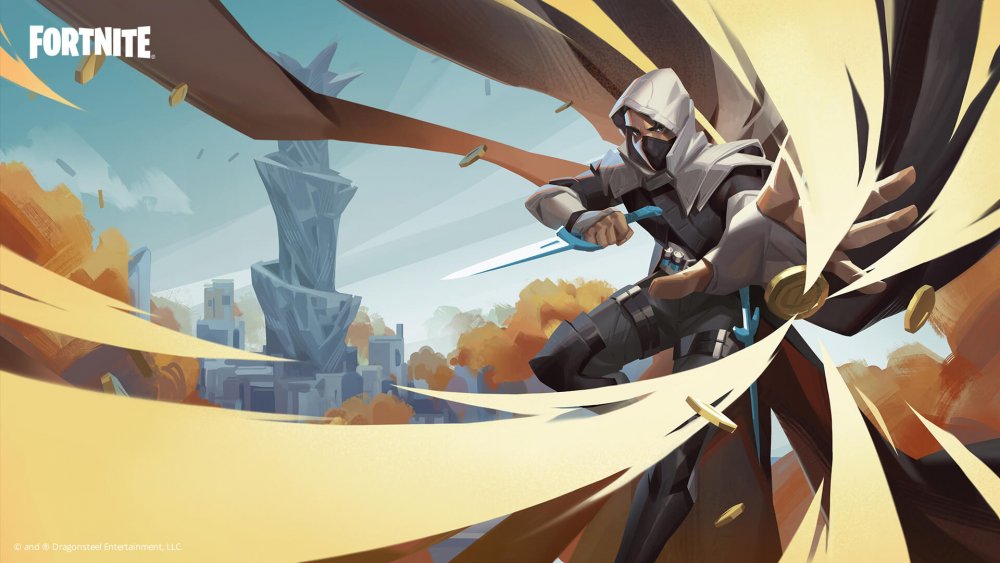 As someone who has never played Fortnite, I'd like to talk about my experiences going into the Fortnite store, so you're aware of what's up, if you were interested in getting this skin. I was doing this on PC, and it was easy enough to download the Epic Games Store and install Fortnite. I entered the game and there's three modes, two of which, the Battle Royale and Creative mode, are free, and the single player Save the World mode isn't. On a first load in, there isn't a way to check the store immediately, and when I pressed Battle Royale, I'm immediately put into a fairly intricate cutscene of characters I had no idea about, which leads into some gameplay. Once in the gameplay, I can leave the match, fortunately. Then, to get to the store, you hit Battle Royale again, and Item Shop is listed at the top.

In the store itself, as of right now, Kelsier is at the top, and he (as well as the accessories and his loading screen, which are bundled in) costs 1600 of Fortnite's premium currency, V-Bucks. Now, the annoying part--fairly commonplace these days, unfortunately--is that I can't buy exactly 1600 of them directly. Instead, you buy specific amounts that don't quite give me the amount you want. Here, it's 1000 V-Bucks for $7.99 USD or 2800 V-Bucks for $19.99 USD. This means I have to spend more than $10 to get the bundle: I could either spend $16 for 2000 V-Bucks, or I could pony up for the 2800 V-Bucks, which Epic says on the store is a better deal. They aren't wrong, but if we're simply after this skin, it way overshoots what I'd like. Again, this is pretty common in free-to-play games, but that doesn't make it less annoying.

Then I noticed on the Fortnite store page a pretty ominous timer on everything. 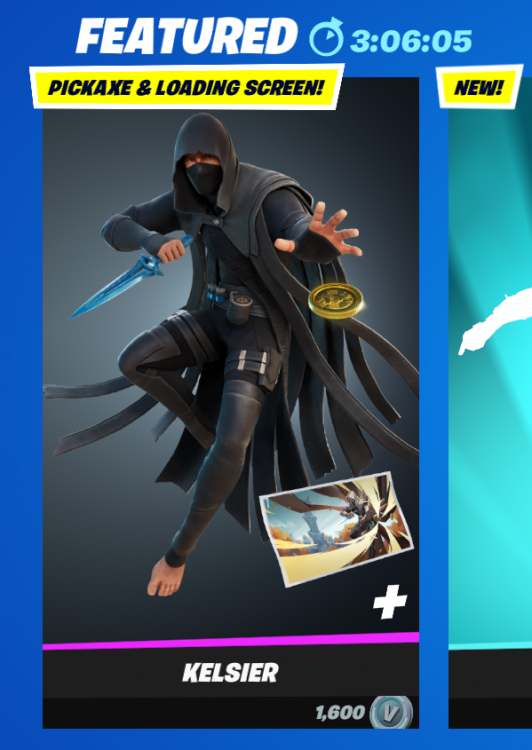 Not ominous in the slightest.

This countdown is on everything (except, hilariously, the "Limited Release" section). I've heard they refresh skins every day, and so by the time this article is out, it'll be less than three hours until it resets at 5pm Pacific / 8pm Eastern. Does this mean Kelsier is gone after 5pm? Maybe! Joshua (jofwu) was told skins are only in there for 24 hours, then they bring it back a few times. It's apparently a bit hit or miss, and they might keep it in again tonight. [Update: The bundle is available for at least one more day, in case you want to get it. It moved from the Featured to the Daily category, however!]

Personally, I'm really not a fan of this setup. It feels like the skin being available for a single day is there to really make people feel that FOMO, and to keep people playing Fortnite constantly. Maybe I'm used to the book market where you can get books forever, but this seems especially short. Brandon said on Reddit that Epic worked on this for five months, so it's kind of mindblowing that would only last in the store for a day. I'm used to microtransactions--I play Guild Wars 2, and they all seem to do the same stuff--but this seems way too fast. This week is finals week at the college I teach at, and I've been more than a little busy. I understand the point is to get people to play all the time, but 24 hours, really? All I can say is: oof. If I was a regular fan and wasn't thinking about YouTube content, I'd never buy this.

Anyway, I'll update this at their reset to see if it stays the next day. Now you know what's up with the Kelsier skin. Did any of you buy it? Do you think it'll stay in the store for another day? Let us know in the comments below. No promises on Fortnite content on the 17th Shard YouTube channel though, especially if this skin is so temporary.