Call to Adventure: The Stormlight Archive available for pre-order May 25th 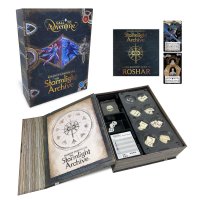 It’s drought season for cosmere content, and with six months to go until the release of Rhythm of War, waiting feels like a never ending Desolation. Never fear, good adventurers, Brotherwise Games has just announced that their upcoming board game, Call to Adventure: The Stormlight Archive, will be available for pre-orders from Monday, May 25th, with full release on July 1st. The announcement was made by Daniel DeVita over at Winter is Coming and includes an exclusive first look at new card artwork, this time of Szeth, by Art Demura. 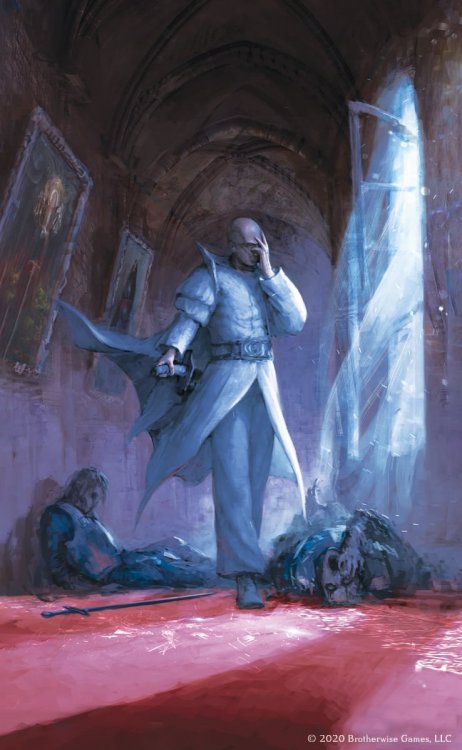 Created by brothers, Johnny and Chris O’Neal, the Call to Adventure games are a hero building deck builder crossed with an RPG, within a fantasy setting. The base game focuses on fantasy tropes opposed to any specific world, however, through collaborations with Patrick Rothus and Brandon Sanderson, the indie company has expanded the game to explore the worlds of Name of the Wind and The Stormlight Archive. Call to Adventure: The Stormlight Archive transports player to the world of Roshar, where they begin their own journey towards becoming a Knights Radiant - a path full of challenges and enemies, successes and friends. The game highly encourages storytelling, while also providing you with the tools and structure that traditionally accompanies deck builders.

Initially an expansion, Call to Adventure: The Stormlight Archive has grown into a fully fledged stand alone game. It was first announced during the Call to Adventure: Name of the Wind kickstarter, back in 2018. At the time, it was expected to be released in the second half of 2019 - unfortunately, delays happen and its release had to be pushed back. However, considering the game’s shift from expansion to a fully themed variant of the base game, as well as the dedication and care that the O’Neal brothers, the extra time has not gone amiss.

I am pumped you guys. The last few months has seen a slew of card designs released, and they are gorgeous. With 22 community artists and 120 original card designs, you’re in for one hell of a treat. What’s more, the O’Neal brothers have worked closely with Isaac Stewart, art director of Dragonsteel Entertainment, to ensure that the card designs aligned with Brandon’s visions. Some cards, like the Herald’s Honorblades, have even been classed as canonical depictions of their in world counterparts (check out our update from earlier this month for a labeled version). For more card art, check out the Coppermind where the wonderful Rasarr has been cultivating a gallery of the released works.

The game will be available as two editions: standard and deluxe. The standard base game is priced at $39.95 USD and will include all items needed to play the game including 150 cards, acrylic runes, tokens, and player boards. The deluxe edition is only five dollars more ($44.95 USD) and comes in a premium, bookshelf-ready, package, with two foil alternate-art cards, and an exclusive 48-page art book called A Worldhopper’s Guide to Roshar. For the amount included, this game is a steal. For more information, and to pre-order the game on Monday, head on over to the Brotherwise Games website.