Shardcast: Fabrials in Rhythm of War and Dawnshard 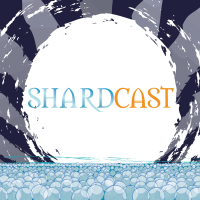 Last time, we talked about the Rhythm of War Part One epigraphs and the fabrials details there (which you can check out here: https://youtu.be/96lCEbKyiSA ). This time we are going deep into the new things we've learned in Dawnshard and Rhythm of War, and boy. There is a lot. We get solidly into the weeds here on mechanics, aluminum, and the ancient fabrials.