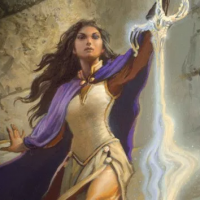 Happy New Year everyone and welcome back to 17th Shard's YouTube channel! I've got a little New Year's treat for all of you. Whilst I work on my Oathbringer analysis, I wanted to make my own little first reaction/review video. I wrote this script almost straight after the book came out even if it took me a few weeks to put this together. There is a non-spoiler section at the start so you don't need to watch it all the way through.

I hope you've all had a great New Year and I look forward to seeing all your comments on how much you disagree with me on my pros/cons of Oathbringer!