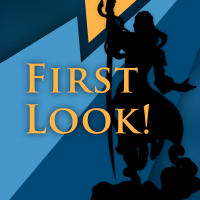 
Oh boy, do we have something fun for you today. Brotherwise Games, creators of the Call to Adventure Stormlight Archive game, have given us the exclusive first look at the Jasnah Kholin design for their miniatures Kickstarter coming later this month. Brotherwise have been working hard over the last year putting together designs for 20 of the main characters from the Stormlight Archive series. Working closely with Brandon himself, along with Isaac Stewart and Ben McSweeney, these minis will represent official depictions of nearly every major Stormlight character.

So, without much further ado, let me present the one and only Jasnah Kholin: 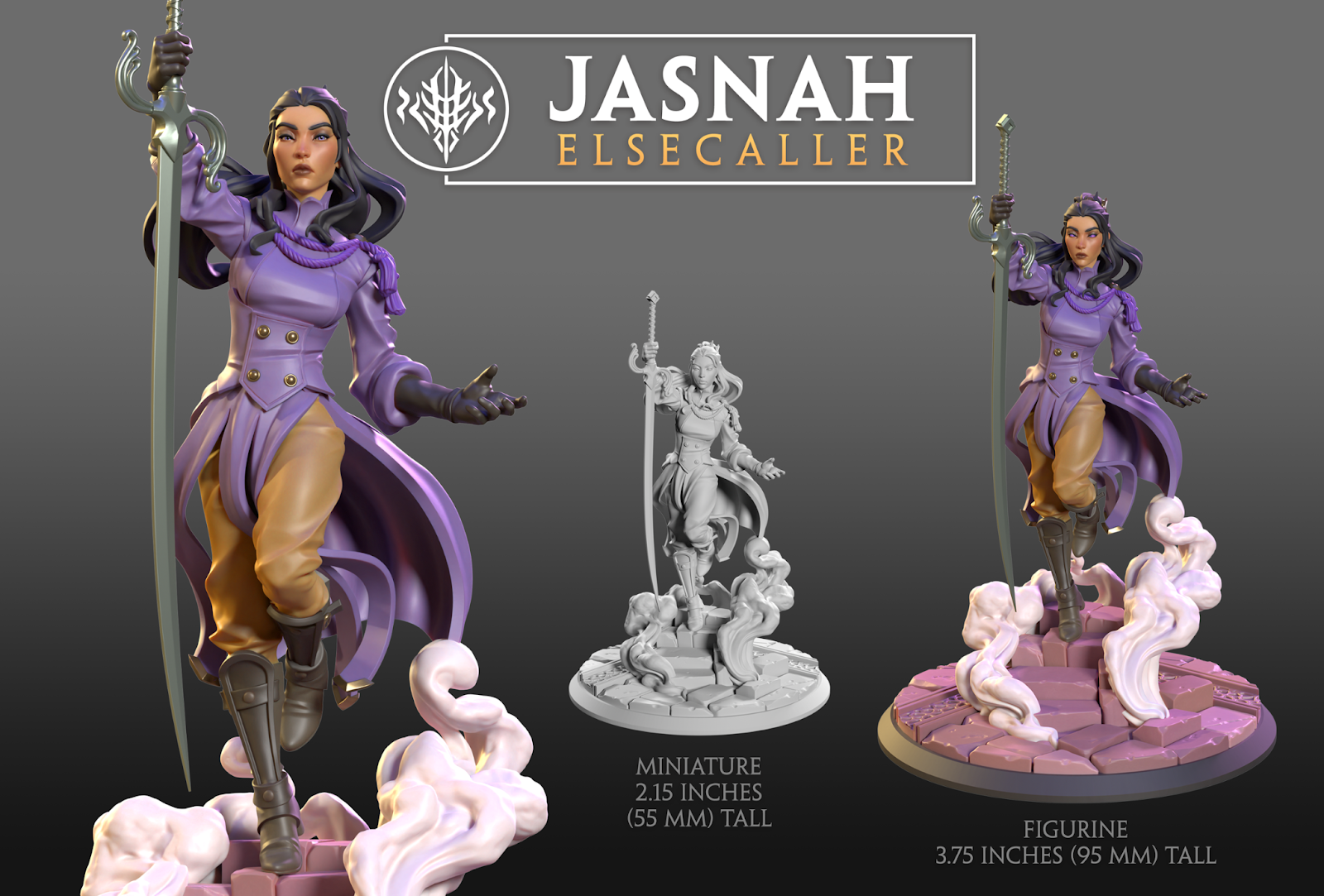 We also interviewed Johnny O’Neal, President of Brotherwise Games about the creative process behind this design.


How did you start working on this miniatures project?
Since about this time last year, I’ve been working directly with Isaac Stewart, Head of Creative at Dragonsteel. We established a great working relationship on Call to Adventure, and my favorite thing about that project was art directing more than 100 Brandon-approved pieces of Cosmere artwork. I thought this project would be similar.

Instead, Isaac and Brandon proposed that this project would be an even closer partnership. They saw this as an opportunity to make truly official depictions of almost every major character in the series, as canonical as Ben McSweeney’s illustrations in the books. That really changed the process and made it more involved.


Did you want to elaborate a bit on the process of creating these models? Were you able to take creative liberties, or was Brandon helping fill in the places you were not sure about?
That’s just it. With Call to Adventure, we tried to make every image as accurate as possible, but Dragonsteel mostly made corrections, not suggestions. Brandon’s continuity team, led by Karen Ahlstrom, reviewed every piece of card art, and Brandon had final approval. Ultimately, though, those pieces came with the disclaimer that they were the artists’ interpretations of the characters.
With this project, Isaac actually initiated the process. Almost every character started with pose sketches or outfit control drawings that he developed with Ben McSweeney. For the lead protagonists, Isaac also commissioned portrait turnarounds from Audrey Hotte. Brandon provided input throughout this process. Then our sculptors took the next step. Even with awesome 2D inputs, characters look different in 3D, and that led to more back and forth. Our sculpting team, led by Leo Pokorny, took things to the next level with some great ideas and interpretations. After multiple rounds of review, we’d arrive at a final character that pleased everyone. 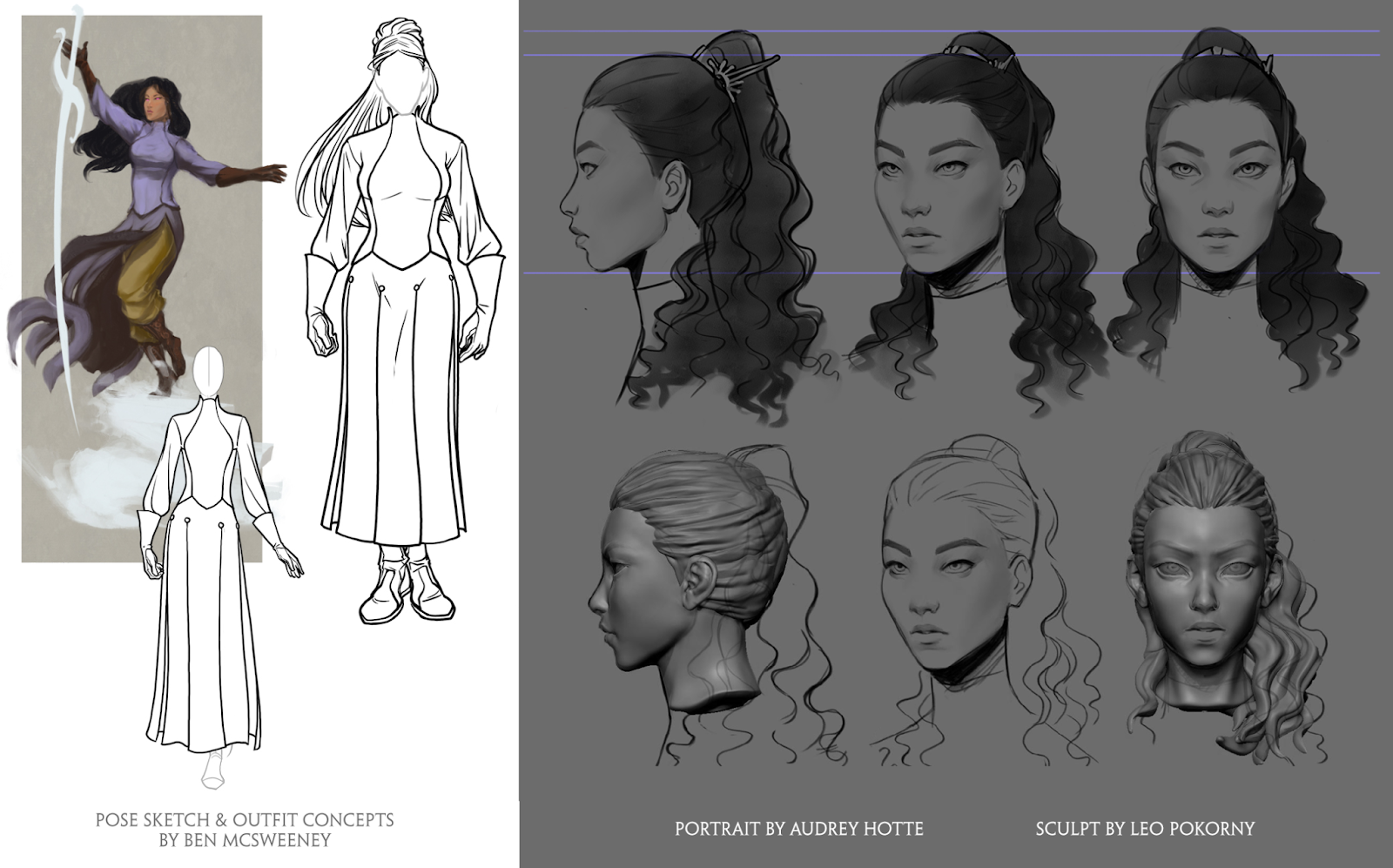 So this was a lot more than a miniatures project. In fact, you could say that the miniatures are just our way of funding a major visual development initiative for the IP. I’m excited for people to enjoy the physical products, but I’m even more psyched to know that these are the character designs Brandon can bring into Hollywood or videogame discussions and say, “look how cool these characters are.”


Which character are you personally most excited for people to see?
That’s a tough one! I might have to say Eshonai. Before this project, there really wasn’t a single canonical depiction of Parshendi characters. Even the more “official” art out there, like some of the card illustrations I’ve art directed, have conflicting features. While working on Eshonai, I feel like we cracked the code on warform facial structure and carapace, unlocking a visual language we applied to other Listener and Singer characters. Eshonai also has some awesome Shardplate, with tantalizing hints of Singer influence in its design.


What can you tell us about the upcoming Kickstarter?
We want this to be a Kickstarter that every single Stormlight fan will want to back. This is not just for fans who already collect miniatures, or for people who like painting miniatures. The figures come fully assembled, because I want these sets to be awesome display pieces even if you leave them in the package or set them on your bookshelf. That said, we will offer an official paint set and color turnarounds of every character, so this could be a fun way to learn miniature painting!
We’ll also offer some painted miniatures at a slightly larger scale. Our standard miniatures are unpainted plastic, and they’re at a “34 mm scale,” just a notch bigger than standard 32 mm D&D miniatures. (We like the extra detail, and people on Roshar are tall!) For example, our unpainted Kaladin miniature is about 1.75 inches (45 mm) tall. It’s basically impossible to mass produce truly high-quality painted miniatures at that scale. So our painted miniatures are almost double that size. That treatment is pricier, so we’re only doing four characters in the painted treatment. 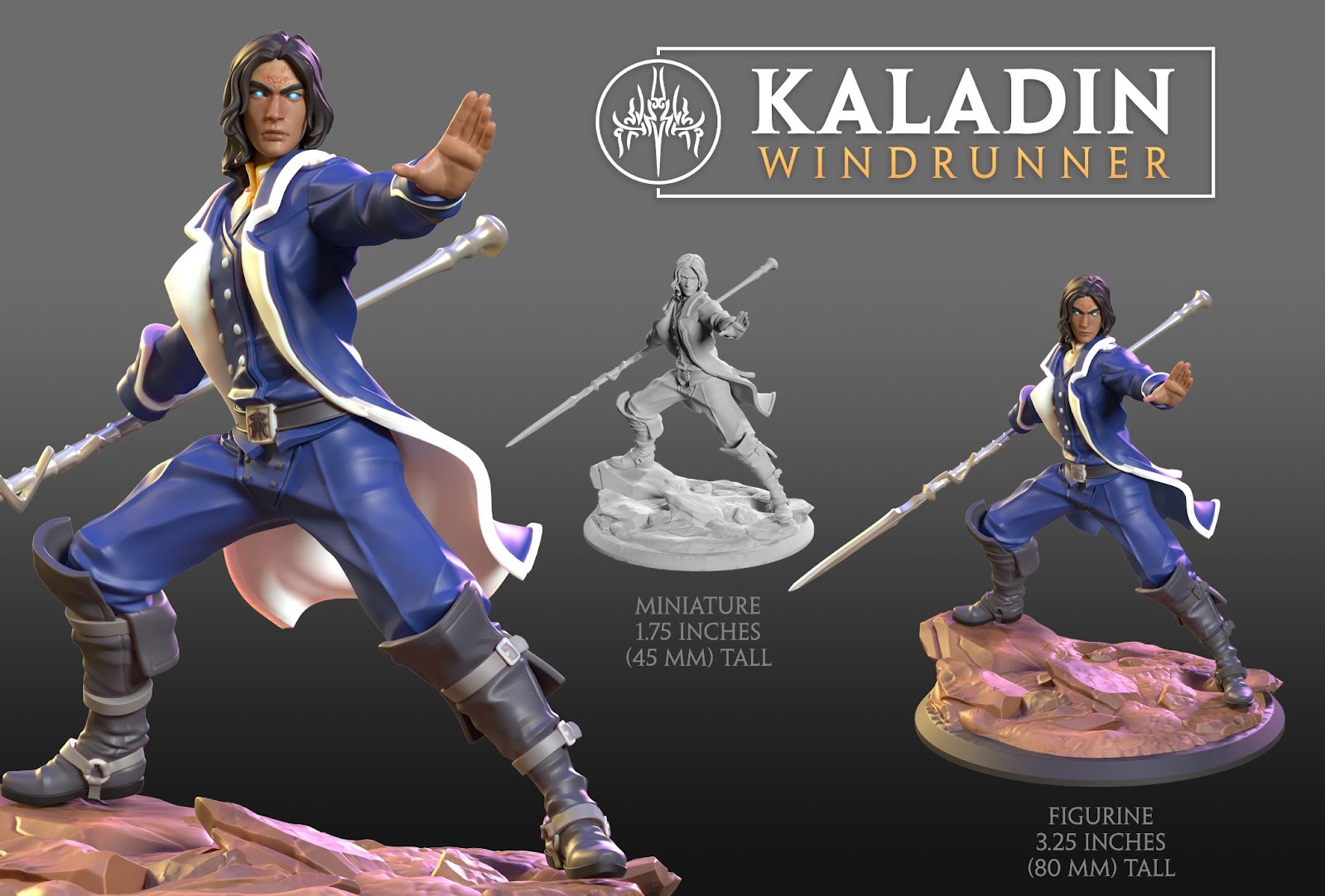 Any plans for releasing a game that these minis can be used with?
Yes. We’re not ready to talk about that yet, but we’ll say this: If you enjoy tabletop games and you get these miniatures now, they’ll integrate perfectly into our next big Stormlight project.
Thanks for taking the time to hear about our miniatures! Working on this project has been an honor, and I’ve set aside a year’s worth of game design work for the chance to be hands-on art director for these character models. I’m still starstruck in every meeting with Brandon, and I feel so lucky to have this opportunity. I hope other Cosmere fans see this project and get a sense of how much love went into it!


We’ve created a thread on the forum to discuss this reveal and the kickstarter. Johnny has even signed up to the forum and will be keeping an eye out for your questions.


If you want to invite a tiny Jasnah into your home, you're in luck! Brotherwise Games' Kickstarter, set to launch on September 13th, will be offering the brightlady's likeness alongside twenty three other characters. The project preview page just went live, and you can sign up at this link to be notified as soon as it goes live.