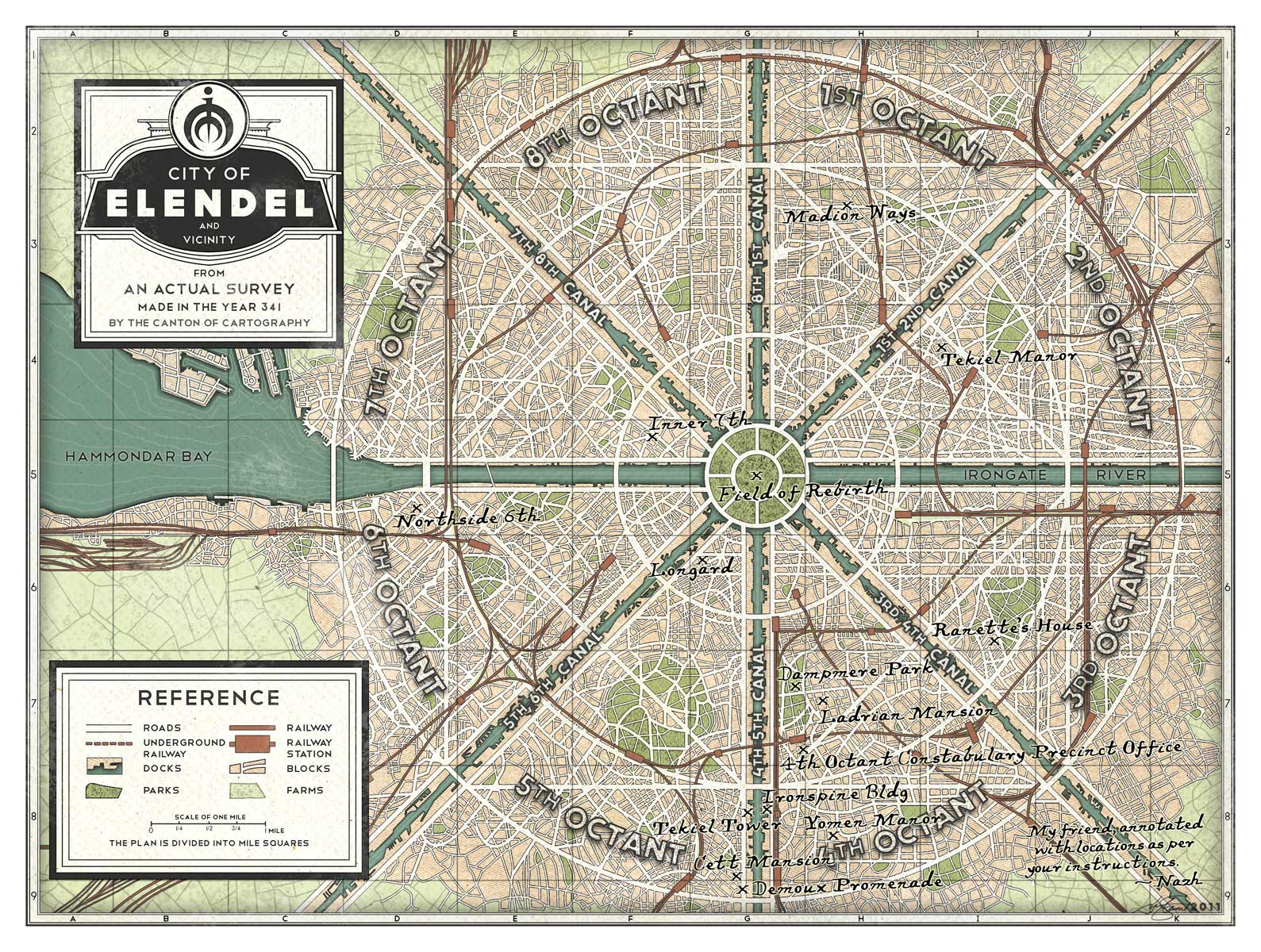 Hello, and welcome to the first 17th Shard Newscast, brought to you this week by your friendly neighborhood Worldsinger, Zas678.

So we'll cover three or so topics each week, and keep you up to date on any contests, signings, and other Brandon related news. We won't cover WoT stuff very often, so if you're interested in that, go check out theoryland.com, or follow terez27 on twitter. We'll try and keep non spoiler stuff for the first part of the post, but after the spoiler mark, we assume you've read all the books.

First off the weekly stuff. Brandon has released his twitter posts (which includes the torchat where he answered some questions), a new chapter of Mythwalker, Writing Excuses, and also AWESOME garner bags from Inkwing (The illustrator for Brandon's maps).

In Brandon Contests, there are currently two I'm aware of. Inkwing has another t-shirt contest, Gollancz is having a massive book giveaway- all the UK versions of the Cosmere books (Although it's only open to people in UK and Ireland.)

Alloy of Law has been released! Brandon did pretty well with the release and got #7 on the NYT Bestseller's list, which is pretty awesome for a side project. If you haven't read it yet, go check out the preview chapters or the artwork and then go buy the book! It's not too long, it's intense and it's funny.

As a result we are currently in the midst of signings (If you're in UK, go see if he's signing near you, or buy a book from a place he's already signed), which means that we have plenty of new Q&As, from the Twitter Q&A, to the London Q&A, to the Huntington Q&A, the NYC interview and don't forget the Release Q&A! For those of you who don't want to go through all those links, here is the pertinent information we've learned so far:

Dominion is the name of Skai's shard,

Drabs can't come back as Returned

Male kandra and female kandra have different smells, so that's how they tell if others are male or female. They also know who they are attracted to.

When someone with a Seon goes through the Reod, it "messes" with them spiritually. This "messing" transfers over to their Seons, who are much more deeply affected.

We also have some answers from the Alloy of Law that have been answered.

Hoid is the black beggar in Joshin and Mi'chelle's wedding. He's mostly there for a cameo appearance and apparently isn't doing anything important.

Brettin (the police officer) at the end of the book was killed in a non-plot related incident, so TenSoon from the original trilogy took up his body post-morterm and gave Wax a little more power. It's why Wax notices he's a little off- TenSoon didn't have time to study him before his death.

MeLaan is the kandra that gave Wax his earring

Kelsier is still around and is still messing. He still doesn't do good at doing what he's told.

Although Ironeyes could be a kandra, he's not. He really is Marsh.

The earrings are melted down from old Inquisitor spikes, which is why Harmony is able to speak into people's minds. How he reads `mind is still completely a mystery.

And of course the Ars Arcanum. When asked about it, he points to the name "Nazh" that appears on the map of Elendel. He also said that it is written by a member of either the Seventeenth Shard or Hoid.

Well, thank you for joining us on the first weekly update! We hope you found it useful. If you have any input on ways we could improve it, leave a comment and let us know.