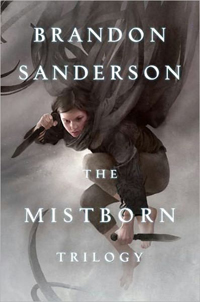 If you're like us, you think that Allomancy is perfect for a video game. Well, as luck has it, Brandon announced via Twitter today that there is some promising movement afoot with a video game.

There has been some promising movement on a Mistborn video game lately. I'm afraid I can't say more yet, though.

Note that this (the game) is merely an offer/proposal we're considering. So nothing may happen. But the proposal impressed me.

So, this doesn't mean there will be one. It seems that Dragonsteel Entertainment HQ (read: Brandon's basement) received a proposal, and Brandon was impressed by it. It seems like a good start to making the dream come true.