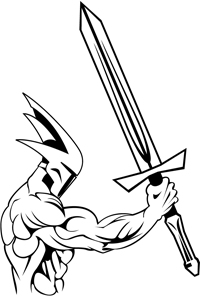 On Friday, it was announced that Brandon and the Way of Kings won the 2010 David Gemmel Legend Award for Best Novel! As it turns out, Brandon has been nominated for this award more times than it has actually been offered (since he was nominated for both Warbreaker and the Gathering Storm), so we think it's pretty awesome that Way of Kings won!

The competition was tough this year, with many great books in the running, like the Desert Spear by Peter V. Brett, the Black Prism by Brent Weeks, and of course, Towers of Midnight, the second to last Wheel of Time novel. Against such formidable opponents, it's fantastic Way of Kings won! We certainly think it's deserving of such praise.

Speaking of Stormlight Archive, the paperback of the Way of Kings is out! I've held it, and caressed it. It's superb. All the artwork is in great shape here, with exception of the colored bookends. But just because that's missing that's no reason not to buy it for you and all your friends! (Remember, it isn't a shameless plug when you are plugging products your fansite is about. Well, maybe it is, but we have a right to!) Unfortunately, if you were looking for the most award-winning doorstop, you'll still have to go buy the hardback.

Congratulations to Brandon and the Stormlight Archive!