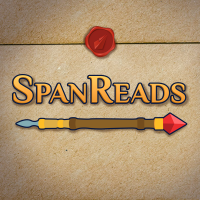 This episode of SpanReads, we're getting into the many cosmere implication of The Well of Ascension! This episode is FULL cosmere spoilers!

SpanReads is a weekly series, coming every Wednesday! Check out our 2022 schedule here: https://www.17thshard.com/news/features/were-starting-a-reread-podcast-may-4th-starting-with-mistborn-1-r819/

We will also be posting SpanReads a few days early on our Patreon! https://www.patreon.com/17thshard

Thumbnail art is not a cover this time. It's Vin by Ben McSweeney! Though technically this appeared on Part 3 of Graphic Audio for this book: https://www.instagram.com/p/CDRhxEgnrcs/