Rhythm of Reviews: Venli and Flashbacks 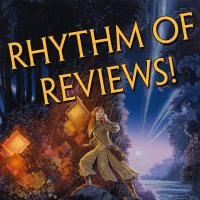 This time on Rhythm of Reviews, we are looking at Venli and her flashbacks! Though we get on a huge amount of tangents, like Axindweth and Stoneshaping. But there's totally some Venli too! We also talk about Rlain.

Next week will be our final Rhythm of Reviews, with Dalinar, Jasnah, and Taravangian, and closing thoughts!