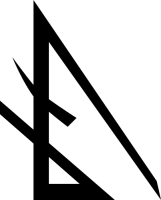 Time for another round of Coppermind objectives!

First we need to say a big thank you to everyone who helped out in June and July. We weren't able to get around to several objectives, but we DID have a lot of contributions nonetheless. I wanted to give a special shoutout to Rasarr in particular, who made over 125,000 bytes of contributions! Lots of good work all around, so thank you to everyone who helped. I'm pleased to announce that we've officially crossed the 1 year anniversary for these objectives! We started these in July of last year. The amount of help we have received and the number of new people contributing to the wiki has been so encouraging, so I can't say enough how thankful we are for everyone who has participated so far!

We've got some exciting news about the state of the wiki as well... We're only 22 articles away from being 2/3 complete! In other words, if we can get just 22 more articles to a "complete" status, the "complete" articles on the Coppermind will outnumber partials and stubs 2 to 1! This is a HUGE milestone that we're excited to hit in the very near future! We'd love to have your help getting there!

As always, we're happy for any help we can get, so don't be shy. If you're new to editing the Coppermind, don't worry; we'll help you out with guides and plenty of assistance. You don't need experience, just the will to help out! We'll also provide awards, because everyone loves fake internet points.

Without further ado, here are our objectives for the next two months. If you find something you'd like to help with, claim it here, and let us know if you have any questions! If nothing in the list below catches your eye, there are leftover objectives from previous months up for grabs in the claim spreadsheet. If you sign up for something, please say hi on Discord so that we can offer support and touch base with you!

Let's start with some larger projects. These objectives will definitely require some research and a good bit of writing. Anyone is welcome to take them--we just don't want you to feel like you've bitten off more than you can chew.

First up this round is the legendary city of Stormseat...or Narak if you prefer. This ancient city, a capital of one of the Silver Kingdoms, is barely more than a stub. We don't know a lot about the city, so this is going to take a good bit of digging even if the final article won't be particularly massive. Just channel your inner Shallan!

And here's another unfortunate one that's basically a stub. Shallan's tutor only appears in a handful of chapters... But there's certainly a lot more that could be said, and her influence on our Shallan in that short time was tremendous. At the very least we'd like to fill out some basic character sections, like her appearance & personality, history, attributes & abilities, and relationships

Fjorden might be one of the largest and most powerful nations on one of the most massive planets in the cosmere... Its article, however, might be on the list of the shortest and weakest. I have it on good authority that Wyrn is displeased. Help us appease Jaddeth, or suffer the consequences!

Okay, I get it. When you die in the prologue, your article is not going to be in the running for longest character article. But Chaser deserves more than three sentences folks! Let's give Spensa's father the honor and respect he deserves!

5. The Battle of Alta

Another major Skyward objective, yep. With Starsight coming out later this year, we'd like to get our Skyward articles cleaned up and ready for more! So far, Battle of Alta mostly just consists of a list of participating pilots. The battle was certainly shrouded in mystery, so it's going to take some work dig in and help clear up what happened!

Time to give some love to MIstborn! Elend's article isn't terrible, but his Attributes & Abilities section needs a lot of help. One of the most powerful Mistborn ever deserves more from us. Let's clear up Elend's talents as well as the extent of his newfound Allomancy.

Technically another Mistborn opportunity, but this one is really for those of you who eat Cosmere lore for breakfast. Alonoe doesn't get a whole lot of screen time in her Secret History stint, but as a powerful figure in one of the cosmere's most mysterious organizations, we really need to dig deep and get this one in shape.

Interested in helping with the Skyward push but don't have time for one of those larger projects? Nightstorm Flight should fit the bill--they only make a few appearances. Great article to get your feet wet with!

Brandon might have a thing against moms, but we here at the Coppermind don't! She might never be named. She might not play a major role in the book. But there's definitely more that could be said on this mother's page.

How about another Mistborn option? We did Era 1 and Secret History, so let's try an Era 2 option. The koloss-blooded Tarson should have enough content out there for us to fill out some basic character sections. Let's at least give him proper personality & appearance and history sections.

We want to motivate people to help, so we will be giving out Coppermind awards for the users with the most edits, and we'll also give out awards if you contributed to one of these items. They'll be on your user page for all to see.

Here's a look at our top editors from the last two months!

The most important thing is to be bold! Content is hard to write, but we can always format your stuff if it doesn't quite match conventions. MediaWiki notation may appear scary at first, but the best way to learn is through experience. If you're interested, we have lots of guides to help: Help:Contents.