Around the Cosmere: RPGs and Social Clubs for June 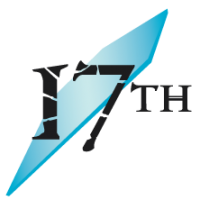 Hello everyone! Voidus here again for this months segment on the RPs and social groups! Sorry the update is a little late, but this month we'll be talking more about the up-and-coming Hogwarts Roleplay, a famous Epic Coward, and the chilling Newcago court.

The Hogwarts Roleplay ‘Owls and wands’ has had a bit of an update and we all hope it won’t stagnate, because honestly how could a roleplay about the worlds most popular fantasy series hosted by the worlds most awesome forum ever fail?

We may finally be getting a pokemon RPG if enough people are interested, we’ll be keeping an eye out for how this one develops and it has the potential to be quite an interesting addition to the ever growing pool of 17th Shard RPs.

Now on to the RP that some call the lord of all dominion, the eternal and everlasting, the undefeatable and unforgettable. Others call it the Reckoners RP.

What Happened in the last month: The Wastelands has received some renewal thanks to Winter’s triumphant return but due to her recent abdication there are new Epics and cities to take and new adventures to be had. You will be much missed Winter but we will try our best to carry on the awesome setting you’ve provided us with!

The Dalles has suffered from a slight lack of progress this month but we hope that next month can grant us more fun, more insanity and more Vondra jumping out of helicopters!

A tense confrontation between Rainmaker and one of the newest arrivals in the city has seen Corvallis undergoing some more development this month, and there has been talk of… plans for further development still. When will Insight make his next appearance? Who will be the next to disappear? Stay tuned for everyones favourite political drama/zombie slaughterfest, what happened in Corvallis!

Portland has seen the return of some characters that haven’t been seen in a while, with Upgrade receiving a post by Comatose while we contemplate the horrors of an upgraded Quota. In other sections of the city Timeport takes on Lucentia in a High Epic showdown while Nighthound regrettably lives to see another day.

Everybodies favorite punching bag/coward, Backtrack stumbled into the RP full of confidence which has since been systematically beaten out of him by a combination of the horrors of the Empire of Light, being attacked by a panda army, imprisoned in the Dalles and perhaps most horribly of all having to talk to Reader.

His ability to see into the past is incredibly powerful, allowing Backtrack to see into the distant past and even get a glimpse of the thoughts of the people who were there. Unfortunately Backtrack himself seems largely unaware of this and rather than using his ability to discover the weaknesses of every Epic in Portland he’s mostly used it to calm himself down when he’s on the verge of a panic attack.

The love triangle between Backtrack, his sunglasses and MV continues to be one of the main points of his characters development, along with running away a lot. But we hope he never runs so far away that he leaves the RP, his characteristic blend of cowardice and attempting to seem confident have provided far more to the RP than the tsundere MV would ever admit (It’s not like she likes him or anything!). And we hope he lives to flee another day.

Featured Event: The execution of Scorch

While not the longest or most insane event to happen in Portland this does remain one of the biggest impacts the RP has endured. The shock of a prominent player character being spontaneously slaughtered without any foreshadowing was a huge surprise to all the players as well as having political implications of the death of a traitor from Thoughttown. This event served to remind us that the city was entering a period of war that would eventually destroy the entire state.

As usual we’ve seen a lot of chatter amongst our various social group, the Debate club has experienced some activity which we hope develops into the thread becoming more active again. Because who doesn’t enjoy debating things like whether the Dark Alley spikes are merely highly nutritious or… highly nutritious and also absolutely delicious!

The Newcago court is one of the longest running active guilds, it’s frozen halls welcoming to new members for over two years now.

The guild originated as a celebration of Queen Elsa Steelheart, but has since grown to be much more, with long lasting rp-like stories unfolding as well as just some good fun times, the Newcago court is always open to those looking to have a bit of fun.

Whether you join for the parties, the free Shardblades or the chance to witness her royal highness in action there’s always fun to be had in the Newcago court, with periodic wars and abductions and of course the fabulous banquets.

Well that’s it for this month, we hope that next month we’ll be able to report on even more exciting happenings in the deepest, insane corners of the 17th Shard. Until then, farewell Sharders!