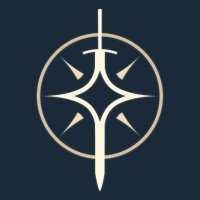 Lots of changes have occured since our last one of these posts, so let’s look at all the news Brandon has recently released.

First, for those of you who missed it, Brandon released Stormlight Book Four Update #8 on Reddit about two weeks ago. In it, he mentions that the summer kickstarter is looking uncertain with world events currently going as they are. He also confirms that that Rysn is the novella he’s started to write for between Oathbringer and Rhythm of War, since Aimia has some importance coming up in the series and Rysn is the best character to set that up. While he’s talked about releasing that as part of the summer kickstarter, he’s only written the first two chapters--about 10 percent--so far, so the future is looking uncertain as he transitions back into Rhythm of War drafts.

During an interview Brandon did recently with The Dusty Wheel, he says he’s started on the fourth draft of Rhythm of War. This draft is one of the longest ones, where he acts on beta reader feedback and takes two months to make all the tweaks needed when weaving together a narrative the size of a Stormlight book. He also gave us an exciting tidbit about what to expect about the character focus of Rhythm of War.

I'm not sure if I can give too much of a hint about that. What I can say is, start to make people's expectations: this is the Venli/Eshonai book. But really, it's the Venli/Eshonai flashbacks, and the main book is focusing a lot more on another character. This just naturally happened during the writing process; there was another character that ended up taking a lot of the time. It's not a person who has a flashback sequence in the books. So, you can theorize on who that would be; it's someone who does not have a flashback sequence, so it's not Kaladin, Shallan, Dalinar, Szeth, Eshonai. But, really, it's this character's book, mixed with flashbacks for Venli/Eshonai. It really turned into that character's book a lot more than I was expecting, and it was one of those happy accidents where I really liked how it turned out. But fans who go into this expecting something that's as much Eshonai or Venli's book as the last book was Dalinar's book are probably going to be disappointed, because it's more of a split between these three characters. Venli/Eshonai in the flashbacks, and then someone else in the present.


So, hardcore fans, expect another character to really be the focus of this book.


Whether this character is Navani exploring Urithiru, Adolin reviving Maya, Rlain searching for the escaped listeners from the end of Words of Radiance, or something entirely different, the possibilities for speculation are exciting and endless. Fans who can’t wait for the book’s release will likely find out in the preview chapters who this character is, since Brandon has confirmed that he’s releasing them for Rhythm of War in the same way he did for Oathbringer.

Other tidbits that Brandon has recently shared about his writing are that the Girl Who Looked Up book is slow going but still moving forward and that he’s slowly writing his own Mistborn screenplay. Brandon also believes that he’s finally figured out how to fix The Apocalypse Guard and he plans to do a revision this year.

Lastly, a recent news post on Brandon’s website revealed a new version of the Stormlight Archive symbol. This symbol is designed to look better at small sizes. Simplified versions of all the world symbols are going to be needed once we get to the sci-fi era.

Ultimately, it sounds like Brandon has lots of plans in the works that we as fans can look forward to seeing.