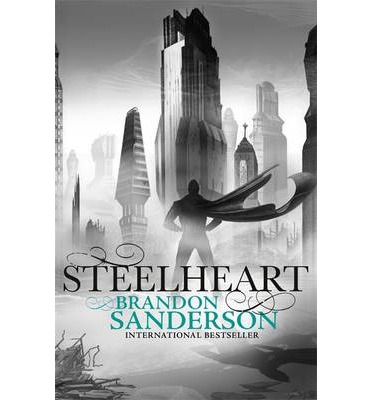 What? It's been less than a year since the last Around the Cosmere and we already have another one? Less than a month even! Truly an achievement. Welcome back, folks. This week is a short news week, but there are still a few cool things that you should know about.

First up, you know you're excited about the next Brandon book, The Rithmatist, which comes out May 14th. So soon! But maybe you'd like the book even sooner, and it's hard to knock that. So Tor has you covered with its giveaway where they are giving away ten copies of the The Rithmatist along with goodie bags of Rithmatic chalk. Nice! And we might* just be doing our own giveaway soon, too.

(*And by "might," we mean "definitely", and that soon isn't even quotes, so stay tuned very shortly)

Next up! Brandon hasn't frequented forums for many years now, but you know what he does do? He posts on Reddit. Should you be stalking him there? I think yes. Well, he just recently stated that he will be doing an AMA (Ask Me Anything) on April 15th. He intends it to be a primarily A Memory of Light AMA, though. But if you aren't on Reddit, it totally pays to have a Reddit account, because he totally answers stuff. Like what, you ask?

Well he did say something pretty awesome about the southern continent on Scadrial. In a response to a question about the future of Mistborn:

I do want to get to the modern day trilogy eventually, but more and more, I've been itching to do a few southern continent books. They have a cool way of interacting with the magic.

Now that is amazing if you are a huge Mistborn fan like me. What way could they interact with the Metallic Arts differently? I must know now! So, if you're keeping track, not only will there be the Alloy of Law sequel, Shadows of Self (and maybe another sequel after that), the second trilogy which will be set in the modern day, and the science fiction third Mistborn trilogy, we'll also get some southern continent books? Sign me up.

You may notice the non-US cover of Steelheart to the right here, and it turns out it is the UK cover for Steelheart, from Gollancz (Brandon's usual UK publisher). It certainly fits with the other Gollancz covers, and gives the book a superhero vibe. (Thanks Link!)

Finally, our own illustrious Mi'chelle (firstRainbowRose on the forums) has a rather illustrious project: she's going to be creating and selling customized bookmarks in the Alethi women's script. If this might interest you, go check out her topic on the subject and tell her what you think! I personally will be getting one that says "Monkeys are cool." Because that's what Alethi women would write.

See you around the cosmere "soon"!