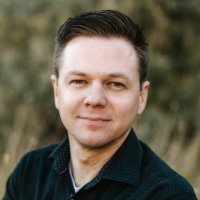 The lovely Drew McCaffrey has interviewed the equally lovely Isaac Stewart, Art Director for Dragonsteel Entertainment, in a Tor.com article on the Art of the Cosmere. And if you've read a Stormlight book recently, you know there's a ton of art in it! In this interview, Drew asks about how Isaac got started with Dragonsteel, his maps, and Nazh. You should really go check it out, because it's very well done.

I'm here to talk about a few tidbits at the end that might interest you about some upcoming cosmere things.

DM: Your input on the Cosmere goes beyond just the art--you wrote some of the Mistborn Era 2 broadsheet articles. Is there any plan for you to write more small-format things like that, continuing Nazh’s errands for Khriss?

IS: I wrote the Allomancer Jak story from Shadows of Self and the Nikki Savage story for The Bands of Mourning. Currently, we have an origin story for Nazh planned, which takes place on Threnody, as well as a few stories with Nikki Savage plotted out. It’s likely Nazh will probably show up again to torment her with his enigmatic grumpiness.

Nikki’s broadsheet story reads like an old serialized novel. In-world, she’s writing these things to be very sensationalized and bends the truth of true events to fit the needs of her story and to entertain her audience. Nikki’s novella is mostly plotted out. I just need to write it. It won’t be a first-person sensationalized newspaper serial, but the epigraphs will have pieces of the sensationalized stories. So you’ll read a chapter, and then the epigraph of the next chapter will be her sensationalized version of what happened in the previous chapter.

So there's a Mistborn Era 2 novella that Isaac would write, along with a Nazh story planned. Drew asked Isaac about other writings:

Otherwise, most of my own writing right now is in the Cosmere. I’ve been hard at work on some fun things for Taldain that we can’t quite announce yet, but I’m bursting at the seams wanting to share the cool things that are going on there. Rest assured that as soon as we’re able, we’ll make some announcements.

Taldain stuff! Iiiinteresting. Very cool stuff that he's been working on cosmere in his own writing.

Go check out the Tor.com article, it's really well done, and we didn't want you to miss it!