Brandon wins the Victor Hugo Award (Not a Hugo) 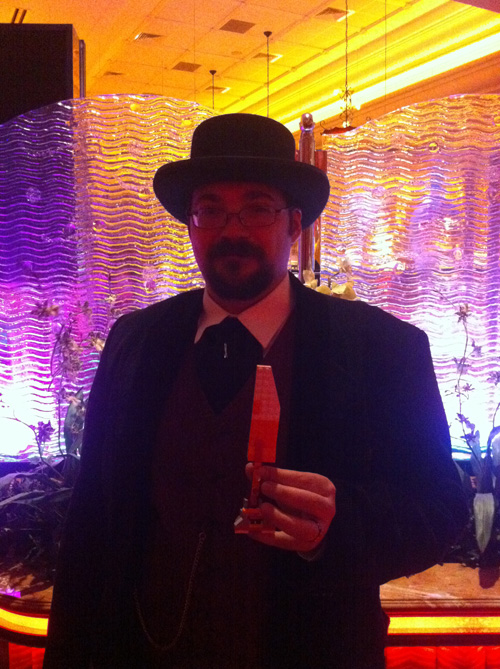 So, last night was the Hugo awards ceremony, and sadly, Brandon didn't win the Hugo for Best Related Work for his work with Writing Excuses (if you haven't checked it out, you totally should) (Also, I'm blaming Chaos on this one, since he didn't come down). He also didn't get a nomination for The Way of Kings, which we all know totally deserved it, because that book rocked. This seemed a glaring oversight to Inkwing.com's Isaac Stewart, who decided to rectify the problem in a very creative way. One run to Walmart and two Lego sets later, he presented the Victor Hugo Award (Not a Hugo) to Brandon after the Hugo ceremony (More pictures to come, when I'm not working on a laptop in a hotel room). So congrats to Brandon on winning this very prestigious award (He's won it every time it's been offered), and the best of luck from all of us here at 17th Shard on winning a Hugo in the future.

You know what? Screw the Hugo! Brandon's already won the Gemmel award! And battle axes are MUCH cooler than rockets. You'd actually have to try to kill someone with the Hugo rocket. Brandon, next year, bring the Gemmel ax, AND TAKE WHAT'S RIGHTFULLY YOURS!!!