Nova, Brandon's Spanish publisher, has announced that the White Sand omnibus edition will be released in Spanish on May 5th, and will release a week earlier in the US (so around April 28th). They also revealed a brand-new cover by Nabetse Zitro (which is known to be the art for the US edition as well): 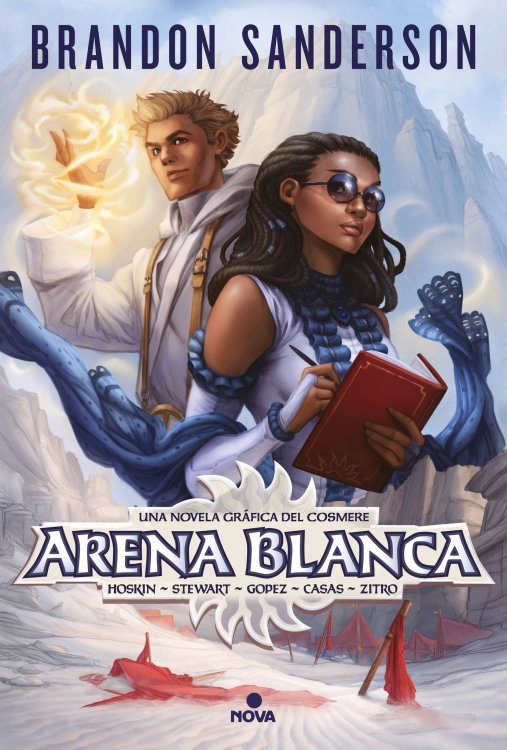 The omnibus will contain all three original volumes of the graphic novel in one book (with some art and text fixes, like removing the infamous radio and IV tubes), along with an additional thirty-eight-page prologue illustrated by Zitro (continuing White Sand's tradition of radically different art styles for each part), an updated map and glossary, and fourteen in-world Ars Arcanum notebook pages scattered throughout.

Additionally, while no full preview has been released for the omnibus, the State of the Sanderson 2020 blog post did include a small sample of Zitro's pre-color art for it:

Will you be buying the omnibus? Have you already read White Sand, and in which format? What are you most excited to see from it? Discuss in the comments below!