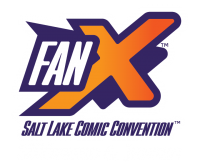 Getting the smallest update out of the way first, the second draft of The Lost Metal is 70% done (that's the last draft before the book goes out to the beta readers). Progress will probably be slower this week due to the topic of the next announcement, but he is still on track to finish this draft late September or early October. In case you've missed it, the final version of the book is expected to release fall 2022.

Next up, Brandon's schedule for FanX later this week has been released.

Last but certainly not least, information on the Dragonsteel Mini-Con is finally out! As mentioned, we made a separate post about that you can read to find out more.

Will you be attending either of these cons? Which one(s) and why? Feel free to discuss in the comments below, or in the #events channel on our Discord server!

The full Weekly Update video is of course on Brandon's YouTube channel as well as below, and the transcript  will be on his blog when done.