Brandon's UK publisher, Gollancz, has officially revealed the UK cover for the finale of the Wax and Wayne series, The Lost Metal!

As a reminder, the book releases November 15th in the UK and US (release dates in other regions and languages vary by publisher). Generally, hardcover, audiobook, and eBook are released at about the same time, and paperback a year later. The US cover has not yet been announced by Tor. 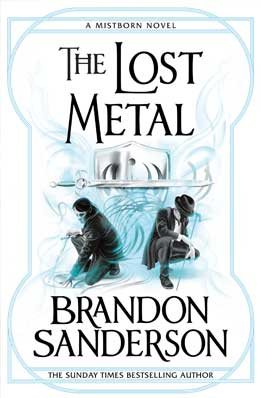 Cover by Sam Green. (That's the highest quality that's been posted that I could find, sorry.)

Additionally, the cover for the rerelease of the second Alcatraz vs the Evil Librarians book, The Scrivener's Bones, has also been revealed! The new edition is expected to come out July 5th. 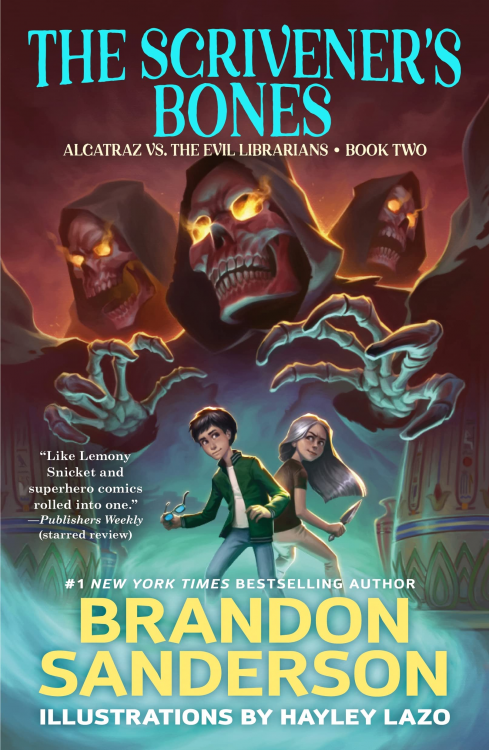 How do you feel these compare to their respective originals? Share your opinions in the comments below!