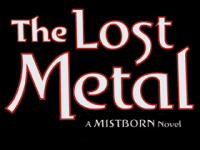 Preview season is upon us! Tor has released the first three chapters of the seventh Mistborn book (and the fourth and final book of the Wax and Wayne subseries), The Lost Metal, and will continue releasing new chapters every Monday at 12PM Eastern Time until the book comes out November 15th.

The samples will be posted on Tor's website, and will be posted in both text and audio form, beginning with the prologue and chapters 1 and 2 earlier today. While Brandon has previously done readings of early drafts of these chapters, these are the (near) final versions of what will appear in the book, and chapter 2 is a bit longer, so it may be worth checking out even if you've already watched those.

In case you haven't seen it already, here's the back cover blurb:

For years, frontier lawman turned big-city senator Waxillium Ladrian has hunted the shadowy organization the Set—with his late uncle and his sister among their leaders—since they started kidnapping people with the power of Allomancy in their bloodlines. When Detective Marasi Colms and her partner Wayne find stockpiled weapons bound for the Outer City of Bilming, this opens a new lead. Conflict between Elendel and the Outer Cities only favors the Set, and their tendrils now reach to the Elendel Senate—whose corruption Wax and Steris have sought to expose—and Bilming is even more entangled.

After Wax discovers a new type of explosive that can unleash unprecedented destruction and realizes that the Set must already have it, an immortal kandra serving Scadrial’s god reveals that Harmony’s power is blocked in Bilming. That means the city has fallen under the influence of another god: Trell, worshipped by the Set. And Trell isn’t the only factor at play from the larger Cosmere—Marasi is recruited by offworlders with strange abilities who claim their goal is to protect Scadrial…at any cost.

Harmony’s vision of future possibilities comes to an abrupt halt tomorrow night, with only blackness after that. It’s a race against time, and Wax must choose whether to set aside his rocky relationship with God and once again become the Sword that Harmony has groomed him to be. If no one steps forward to be the hero Scadrial needs, the planet and its millions of people will come to a sudden and calamitous ruin. 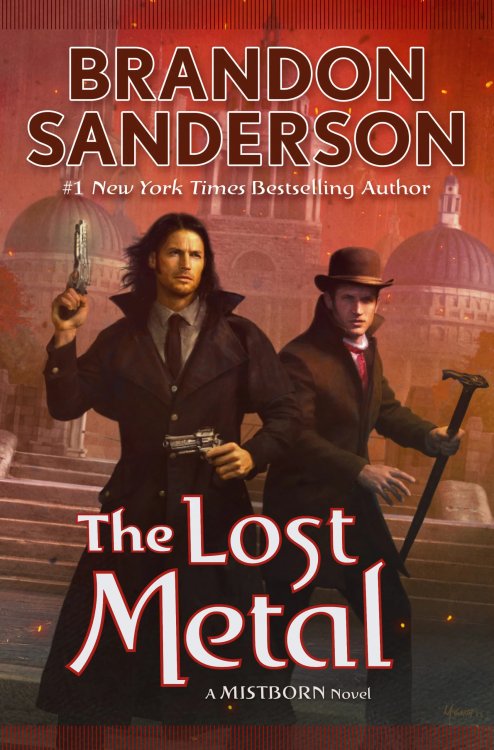