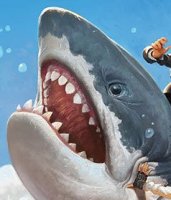 Publisher's Weekly has revealed the cover for Bastille vs. The Evil Librarians, the final entry in Brandon's Alcatraz series! Bastille is cowritten with Janci Patterson, co-author of the Skyward Flight novellas, and is due to release September 20th. Additionally, the print collection of said novellas is out, and Brandon and Janci shared a bit about what Skyward will look like going forwards. 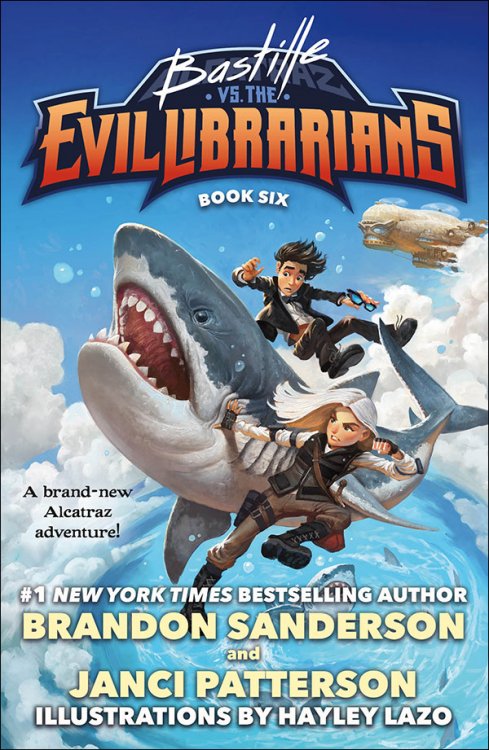 Additionally, their article contains release dates for the new editions of the previous books in the series, which are receiving new covers by Justin Gerard to celebrate Bastille finally coming out. (In case you missed it, the new cover for the first book in the series was revealed back in December!)

And now, we venture skyward! Specifically the Skyward Flight collection released this week! If you've been waiting to buy these in print, you can find links to do so on Penguin Random House's website. It also includes a few sweeteners like character art and deleted scenes. 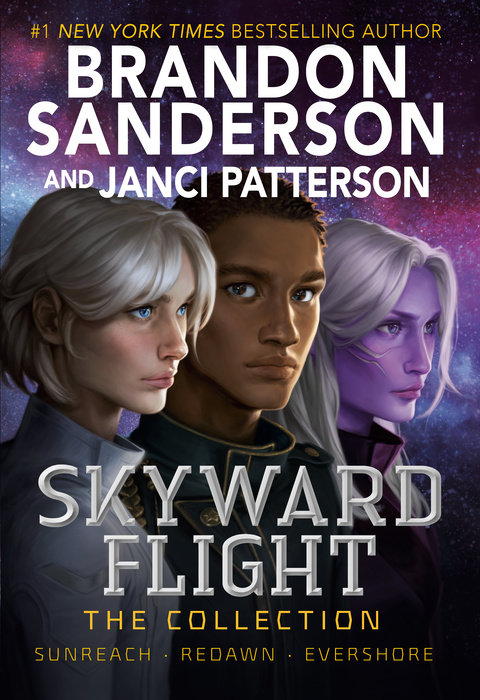 Unfortunately, Skyward beta reader and Janci's friend Darci Cole was originally supposed to help write the next trilogy, but had to step down from the project for personal reasons. Janci and Brandon will both continue to be involved with it, however.

Oh, did I not mention the next trilogy yet? Well, on the most recent stream, Janci and Brandon spoke about the plan for the future of the Cytoverse after Defiant (the fourth Skyward novel) releases next year. The current goal is to co-write a second trilogy following characters we already know (they can't confirm which, though we know from the Mini-Con that Kimmalyn is likely in the running). They intend for the books to be dual PoV, with one primary character getting major viewpoints in all of them, and a different second character getting their own plot and main viewpoints each time. However, this is subject to change, as they are still early in the outlining phase.

Oh, and of course, we have progress bar updates from the latest Weekly Update video!

Speaking of the Secret Projects, the Kickstarter raised $41,754,153 from 185,341 backers, easily taking the crown for most-funded Kickstarter with more than double the second place. (However, Exploding Kittens still has it, and every other project, handily beat for the most-backed position, with 219,382 backers.)

Who do you think the next Skyward series's viewpoint characters will be? Why are there sharks in the sky on the Bastille cover? Is it just me, or does that airship look like Darth Vader? Find out... uh... whenever the books release, I suppose, but until then, share your guesses in the comments below!