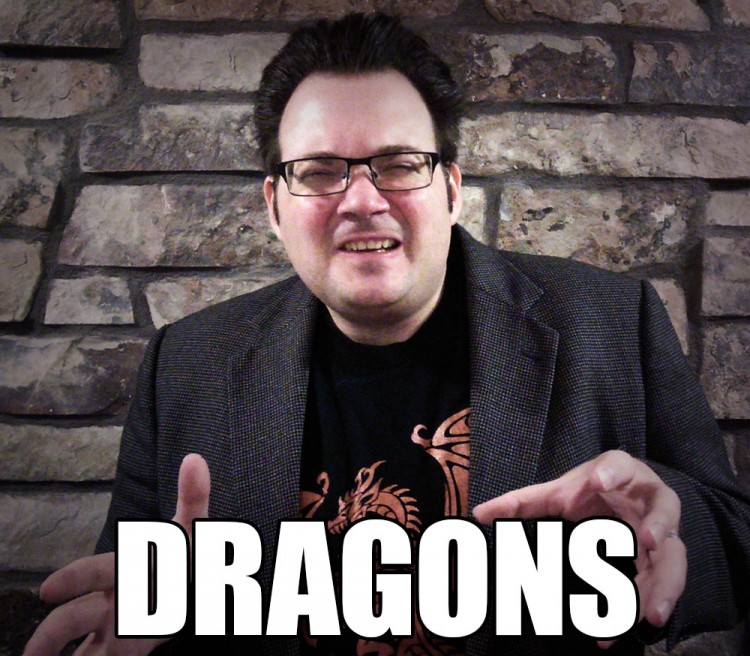 The fandom is still positively buzzing from this week's new releases but tonight holds something entirely new for Sanderson fans. Tonight the HISTORY channel premieres a new series "True Monsters" which seeks to delve into the fact and fiction of myths and legends from around the world. The exciting part is that Brandon is one of the experts they brought in to interview. Brandon spoke a little about it in a blog entry posted earlier today.

One thing that really stands out to me is that Brandon wasn't chosen just because he is a well-known, and incredibly popular, fantasy author but because he is a college professor who has studied the subject.

Here's the description of tonight's episode from the HISTORY channel website:

Real monsters are behind our greatest legends. The gates of Hell are unlocked to reveal the surprising truths and devilish secrets of Satan, demons, and other powerful rulers of the Underworld. In the 17th century, a beastly devil is born deep in the woods of New Jersey and is said to still wreak havoc in a place called the Pine Barrens. Plus, from evil Jinn, whose power a nuclear physicist tried to tap, to a Christmas devil that takes naughty kids to Hell, to a two-faced female demon named Hel who presided over the dead in the icy North, there’s a lot to learn about our devils and the history that inspired them.

I for one am incredibly excited, though unfortunately I will not be able to stay up and watch it "live". I do plan on recording it so expect some coverage of the episode in the next few days.

So, is anyone else as excited as I am? Who is planning on watching?

Check out our forum topic here to discuss the show!

Photo credits: The Aliens Dragons picture of Brandon from his blog announcement.