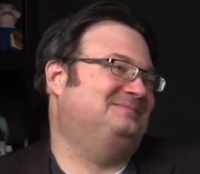 Non-spoiler streams typically don't generate the sheer excitement and conversation that the bi-yearly spoiler streams do, but yesterday's stream defied expectations and gave us some very exciting adaptation news.

Early in the stream, user Iritore asked about the types of conversations with Hollywood and what has gone into them. Brandon explained that rather than going through the traditional option process, different teams at many studios have been approaching him and pitching their vision, rather than Brandon having to pitch to them. The conversation centers around how the pitch matches Brandon's vision, what role will he have, how much the budget will be, their commitment, etc. This time, instead of spending time deciding if they're making something with the property, they're so confident they will, that they're buying the rights and the goal is to be in production in 6-8 months, though as always in Hollywood it isn't a sure thing. Brandon followed up by telling us to expect some announcements in the coming months, but that the people he's working with will handle that PR in their own way, and that he would be surprised if they aren’t on set this time next year.

Adaptations were mentioned several other times in the stream. u/LettersWords asked about the possibility of changing Rosharan ecology to make filming easier with how alien this planet is, and Brandon gave a rather interesting answer. He said that they would not have to change Rosharan ecology to make live-action adaptation easier with the budgets they've been regularly offered, citing locations that would work for filming, the idea of using Volume stages (the LED panels used in the Disney Star Wars shows) and editing plants out with visual effects as ways they could avoid that problem.

There’s a wide range of possibilities for studios, when announcements will come, and how those will be handled. There hasn’t even been a confirmation of exactly what property is being adapted. For now, all we can do is wait, and see.

Below is the link to the full stream: