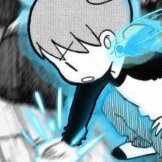 Szeth & Moash: They're More Similar Than You Think [Discuss]

41 posts in this topic