I have a question about Aimia, to see if maybe I can get an answer from a member of Brandon's Team or just somebody pointing out a place where this was answered, but I at least can't find any questions about this on Archanum.

But why is Aimia so cold? As one can see from the Map of Roshar, it is not that far South, so it should actually have a temperature much like the rest of Roshar, but it is notably too cold for life to thrive without terraforming. Stormlight is in general very consistent with temperatures and their correlation with location, with Frostlands and Thaylenah being particularly cold, and it gets warmer as you move north towards the equator.

However, with how Aimia is described, it sounds significantly colder than either Thaylenah or Frostlands, when it should logically be most comparable with Shinovar or Azir in terms of temperature. Has there been an explanation to this? Or has the pecularity of this been pointed out in the works? 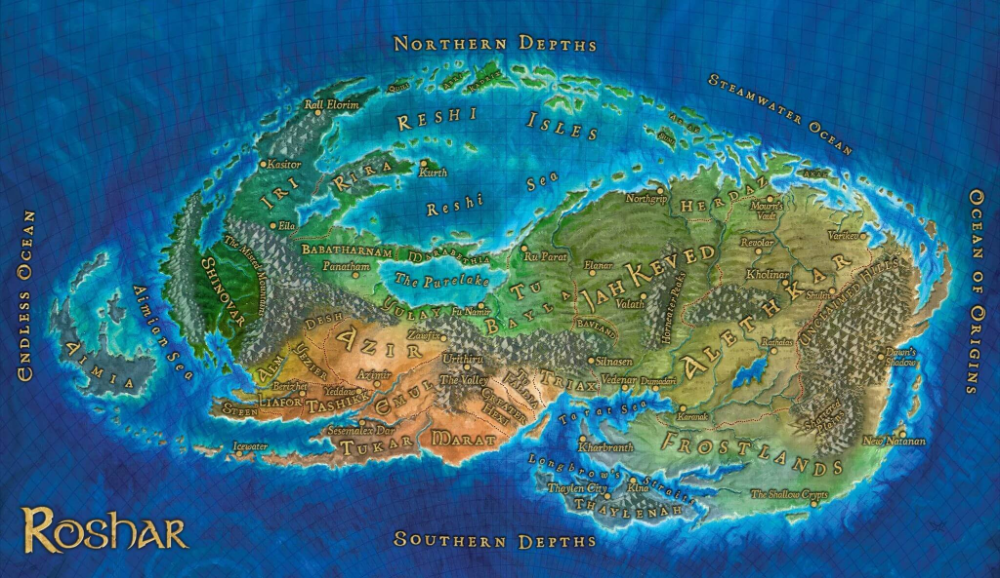