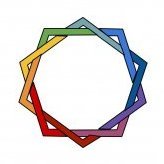 Started by Omi the Counselor, February 4

57 posts in this topic