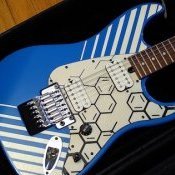 I made a "favorite character" survey