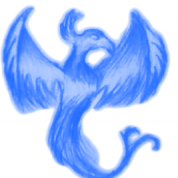 Eternal - Book One of the Keyed Trilogy

34 posts in this topic