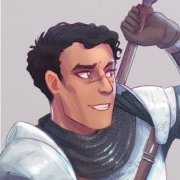 The Packman and the Pretender