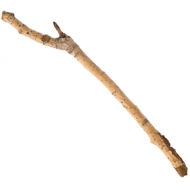 I remember someone saying that Roshar would be a convenient place for vegans with all their soulcast food. Of course that's not the case because, correct me if I'm wrong, soulcasters use gemhearts to soulcast the food and gemhearts come from animals. Their counter was that they could simply use spheres to soulcast the food. I don't recall it ever being mentioned that Rosharians would mine for gemstones or that mined gems on Roshar hold stormlight.

So do all the gemstones in spheres come from gemhearts?

1 answer to this question