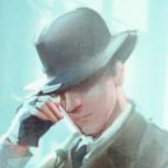 What exactly is splintering

I know that Odium has splintered many shards across the cosmere including Ambition, Devotion, Dominion, and Honor. What is the difference between what he did here and what Ruin did to Preservation. Or are they the same? Could someone pull a Sazed and take up any of these shards?

Also, I know that the returned breathes are considered "splinters" of Endowment. Is this in any way related to splintering or is it just a coincidence.