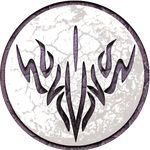 Do you want adolin to become radiant?

Started by The Skybreakers, April 3

58 posts in this topic